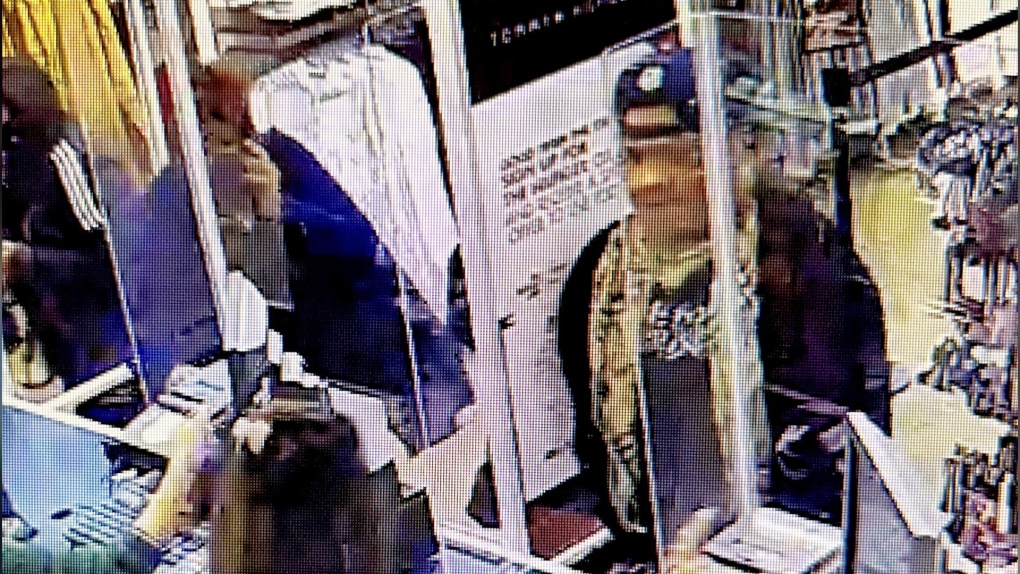 RCMP released this image of an assault suspect after a shopper was punched unprovoked at CrossIron Mills. (RCMP handout)
CALGARY -

A shopper being punched in the nose unprovoked while in the Tommy Hilfiger store at CrossIron Mills has Airdrie Rural RCMP asking the public for help identifying a pair of suspects.

A man and a woman were in the store about 6:45 p.m. on Saturday when the man approached another shopper and punched him in the face, unprovoked.

RCMP say the female with him also participated in this assault.

The male suspect is described as being about 182 centimetres (6') tall and weighing 91 kilograms (200 pounds), with a medium skin tone.

He was wearing a Burberry scarf, Maple Leafs hat, a black hoodie and black pants

The female suspect is described as being 162 cms (5’4) tall with dark hair. She was wearing Timberland boots, a pink CK hoodie and a red mask.

Both suspects fled in an Infiniti, possibly a G35 or G37 model, however no plate was recorded.