Shot fired into ceiling of Calgary pub during early-morning robbery 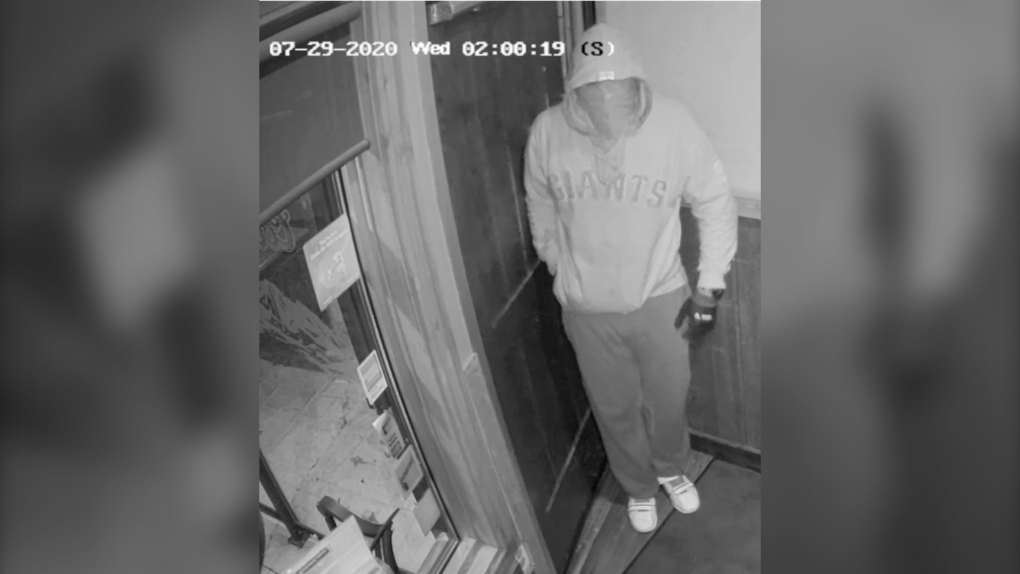 Police released this image of a suspect in the robbery of a pub early Wednesday. (Courtesy Calgary police)

CALGARY -- Police are searching for a suspect after someone fired a round into the ceiling of a Calgary pub during a robbery early Wednesday.

A man went into Nixx Pub in the 2400 block of Edmonton Trail N.E. about 2 a.m. and fired a shot while ordering about 25 people inside to get on the floor.

The suspect fled with an undisclosed amount of cash, running west on 25th Avenue N.E. and police believe he may have injured himself during the escape.

Thus suspect is described as being 5-9 to 6-0 tall with a muscular build and dark skin.