Sister of dead motorcycle passenger remembers her for her kindness

Sister of dead motorcycle passenger remembers her for her kindness 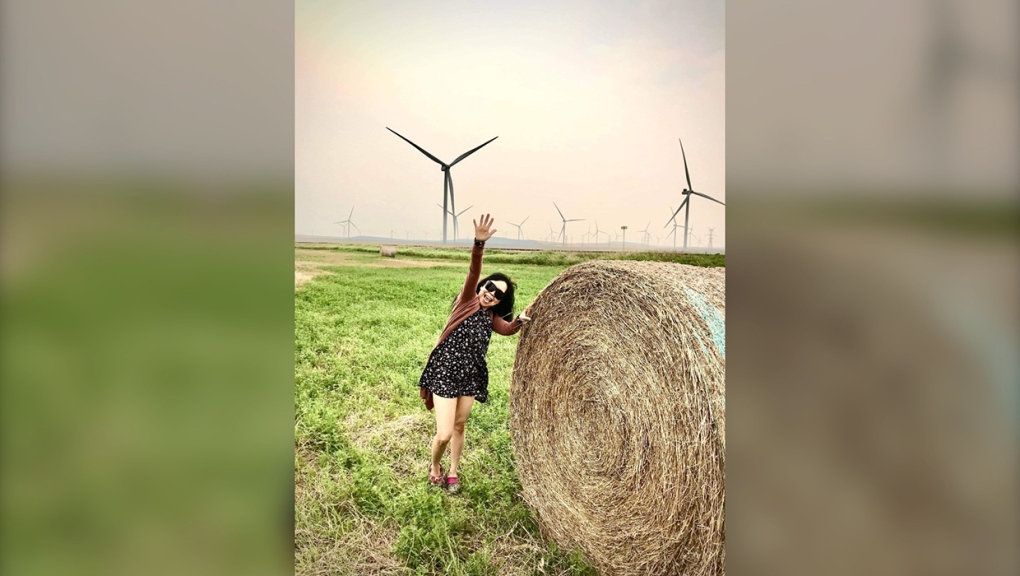 Redalin Paradina came to Canada on a work visa from the Philippines, and was an avid gardener with a “passion for plants,” as well as the outdoors and museums.

Before she died in a motorcycle crash last week, Redalin Paradina was a teacher well liked by her students in the Calgary Catholic Board of Education.

“She was very kind, she worked in a Catholic school – her students and co-workers loved her.” said Nori Yannielli, Paradina’s sister.

She came to Canada on a work visa from the Philippines, and was an avid gardener with a “passion for plants,” as well as the outdoors and museums.

She was the passenger on the motorcycle that collided with a deer. She was taken to a Calgary hospital, where she died.

Yannielli learned about her sister’s death from Redalin’s daughter, who phoned her.

“It was shocking, it was very painful, it was – just a nightmare, like a dream that I want to be awaken (from).”

Yannielli and Paradina had a close relationship to one another. Despite the distance between Jacksonville and Calgary, both would video chat each other, and Paradina would visit her sister.

Paradina leaves behind a daughter in her late twenties, who Nori said has no idea what to do.

“It was so sudden and so tragic that I believe anyone would be – because of shock, the funeral is expensive, and I want to help her because she has no idea what her mom have, and being you know, lost.”

Nori Yannielli has set up a GoFundMe to fund the funeral of her sister. The GoFundMe is seeking for $10,000 in funeral expenses.

Yannielli said that an additional reason she is doing this is because her daughter and herself do not have enough money for funeral costs.

“I don’t have that kind of money to just give her. If I could I would have given it and I would have rest my sister’s body to rest earlier than we are waiting right now.”

The fundraising is urgent: Yannielli said that the body of her sister cannot be at the medical examiner for a long period.

However, even if the GoFundMe does not reach the $10,000 goal, Yannielli said any amount raised would be good enough.

“Even if it’s not the full amount – a little bit will help.”

The funeral will be held in the Mountain View Funeral Home. After the funeral, Yannielli says the plan is to cremate Redalin Paradina’s body and to split up the ashes: one will head to the Philippines, where she was born, while the others will be going to Nori and her brother.