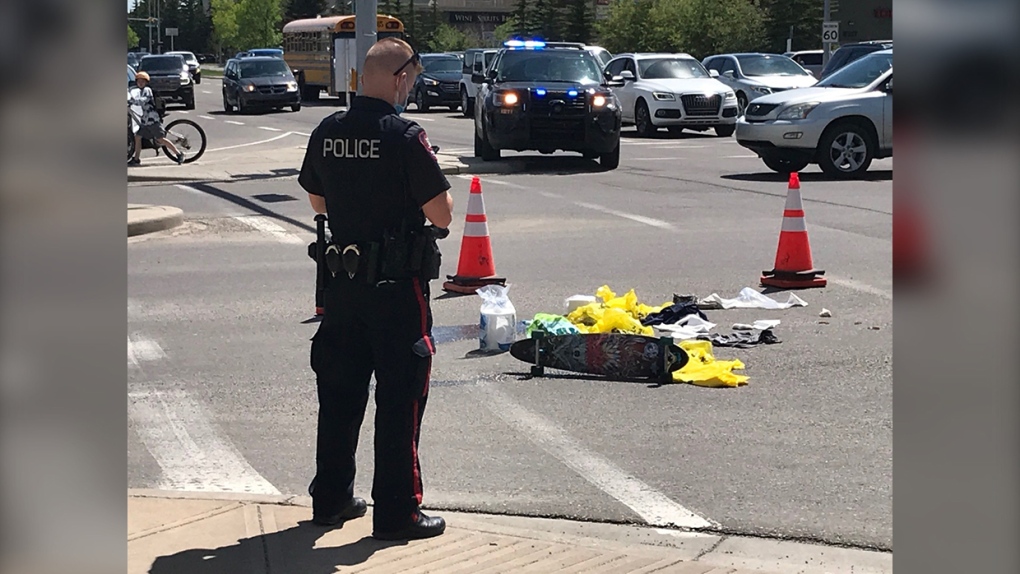 A 15-year-old on a skateboard was struck by a vehicle in southwest Calgary Tuesday. He was taken to hospital in serious but non life threatening condition.
CALGARY -

A 15-year-old boy on a skateboard was hit by a vehicle Tuesday in southwest Calgary.

Around 2:45 p.m., police responded to a call about an incident at the intersection of 9 Avenue and 85 Street S.W. where a pedestrian was struck by a vehicle.

EMS transported a 15-year-old boy to hospital in serious but not life-threatening condition.

Police confirmed the boy was on a skateboard in the middle of the intersection when he was struck by the vehicle.

The driver remained on scene.