Sky has not fallen because of cannabis legalization: Calgary Police Service 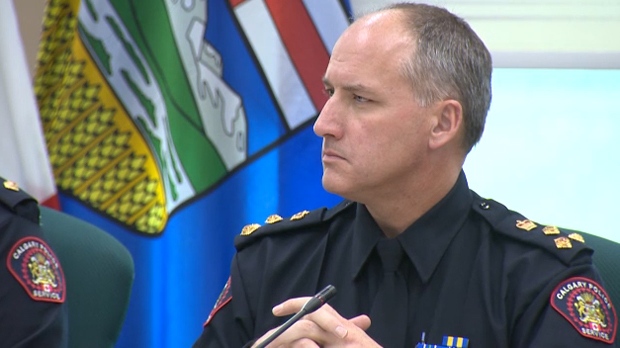 In the first month since marijuana was legalized in Canada, the Calgary Police Service was involved in nearly 200 encounters where a civilian possessed, or was under the influence of, cannabis.

The breakdown of calls involving cannabis was released during Tuesday night’s meeting of the Calgary Police Commission. According to CPS officials, the 195 incidents included 11 tickets issued for public marijuana use, two driving suspensions and five drug seizures including the bust of an illegal grow-op with more than 1,000 plants.

“I was really pleased to see that CPS is tracking the numbers so carefully so we have some data to go back and look at,” said commission chair Brian Thiessen. “I think we’re all a little surprised to see the numbers are not significantly high and, as the CPS pointed out, the sky has not fallen because of cannabis legalization.”

Acting Deputy Chief Steve Barlow says the 195 incidents include all responses where marijuana was part of the interaction with the encounter even if it was not a contributing factor. “We’re trying to capture (data) on a long term basis to see what’s changing.”

According to Barlow, the CPS is not take a heavy handed approach to enforcement of marijuana laws with the exception of impaired drivers. “When we can educate the public that’s where we’re going to start. We don’t start with a hammer.”

Barlow says drugs present unique challenges when an officer is attempting to determine whether a driver is impaired.

“When we’re dealing with alcohol impairment it’s very easy to lay those charges immediately because we have those devices at the time to be able to understand the level of impairment,” said Barlow.  “On the drug side of it, it is now into roadside testing through our officers and then getting into the next steps (with drug recognition experts).” Barlow says urinalysis is no longer being utilized but there are discussions on employing blood testing to determine impairment.

Thiessen foresees technological advancements that could help officers verify whether a driver is impaired. “Roadside tests aren’t a good indicator of current impairment due to THC content. I expect that they’ll become more sophisticated as I know a lot of companies are working on effective roadside testing.”