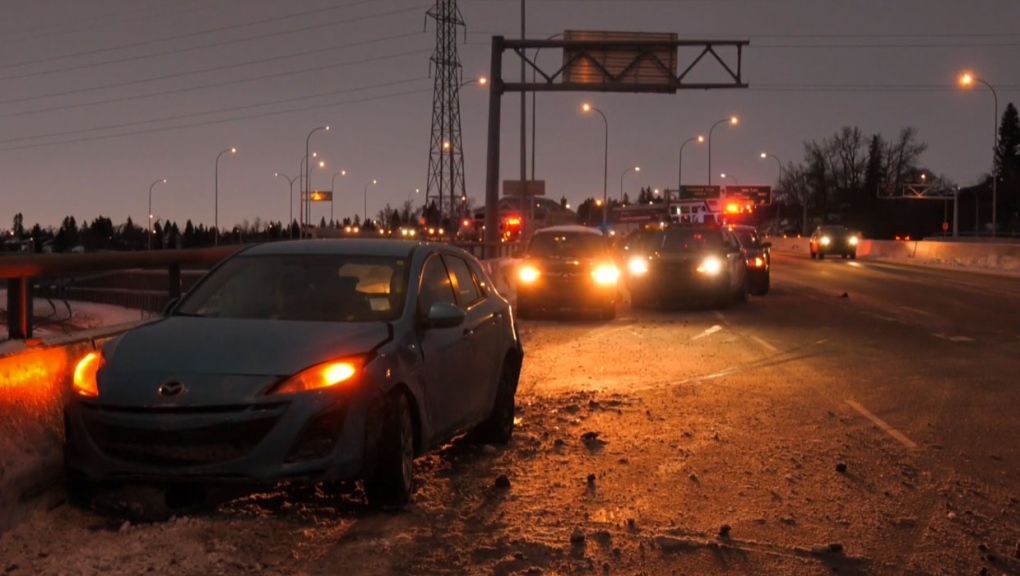 Crowchild Trail was just one highway where a number of crashes occurred early Saturday morning. The city is advising drivers to slow down and take precautions.

The City of Calgary says drivers should slow down and drive to conditions, as icy roads are present in many areas.

Officials said crews are "working on trouble spots" on Saturday morning, using a pickle – a salt and gravel mixture – to provide traction on icy patches.

They are also focused on clearing Priority 2 routes, which are roads that see between 5,000 and 19,999 vehicles per day.

Some examples include Kensington Road N.W. and Acadia Drive S.E.

Other routes, including those not used by vehicles, are being cleared as well.

"Parks' crews are clearing snow on pathways," the city said in release. "Check the Pathways, Trails and Bikeways map under the snow and ice control tab to see which pathways and sidewalks are cleared by the city."

It is not believed that a snow route parking ban will be called. 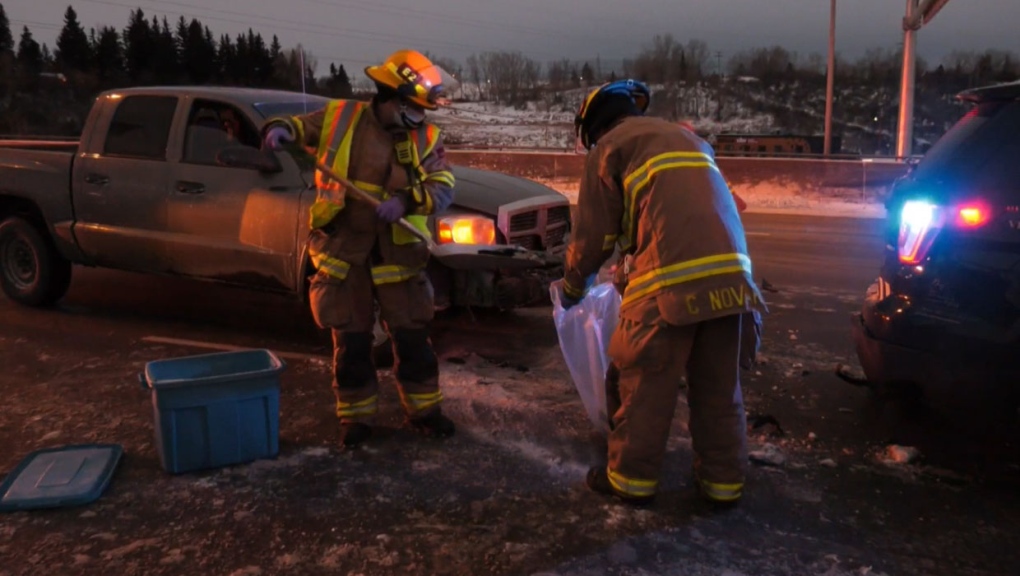 In the meantime, officials are sharing some advice with Calgarians who might need to head out on the road on Saturday.

BREAKING | Jason Kenney steps down after 51.4 per cent approval in leadership review

The second strike in CFL history is over. The CFL confirmed Wednesday night that it and the CFL Players' Association reached a tentative collective bargaining agreement.