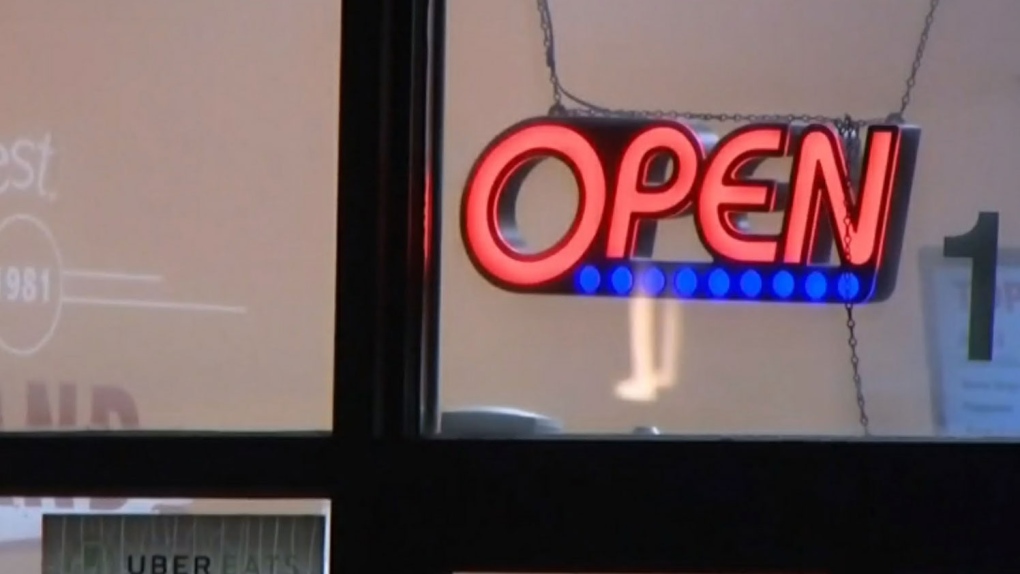 StatCan says many businesses have taken the federal government's offer of assistance through the Canada Emergency Business Account (CEBA). (File)

CALGARY -- While an association of Canada's small and medium businesses is calling on the government to hold off on a payroll tax increase, StatCan says entrepreneurs are using federal grants mainly to cover staffing costs.

In the new year, Canada Pension Plan premiums are scheduled to go up by 3.8 per cent. The Canadian Federation of Independent Business (CFIB) says the income subject to premiums is also going up by 5.3 per cent.

Dan Kelly, CFIB president, says it won't just be business owners who suffer as a result of higher labour taxes.

"Let’s not forget that the premium hike hits employees too, ensuring that every working Canadian will see a drop in their take-home income unless their employer is able to give them a larger raise on January 1," he said in a statement this week.

This means for all workers earning $60,000 or more, both employers and employees will see a increase in their premiums by more than nine per cent.

The CFIB says the changes are part of a plan to increase CPP benefits in the future, but the group is concerned about the strategy's impact on the present.

It says higher taxes could hinder the ability of businesses to hire workers and, since they need to be paid no matter what the business' profit margin is, it could be a struggle for businesses that end 2020 in debt.

According to a recent StatCan report, nearly one-third of Canada Emergency Business Account (CEBA) loans to businesses went to cover payroll expenses. The remainder of the businesses used the funding to maintain their operations.

Of those amounts, the largest funding share was withdrawn to cover payroll expenses.

Small businesses, organizations with one to nine employees on staff, accounted for 77.4 per cent of approved CEBA loans while companies with 10 or more employees had 22.6 per cent of loan approvals.

Meanwhile, Kelly said a letter has been sent to the federal government to request that it hold taxes, such as the CPP/QPP and federal carbon tax, at current levels.

"Given the difficult situation many smaller firms are facing simply trying to hold on to their staff, now is not the time to raise taxes," he said. "Small firms are counting on the federal and provincial governments to put a temporary freeze on this harmful plan."

The CFIB adds that 70 per cent of small business owners it spoke to said the government should not increase payroll taxes.