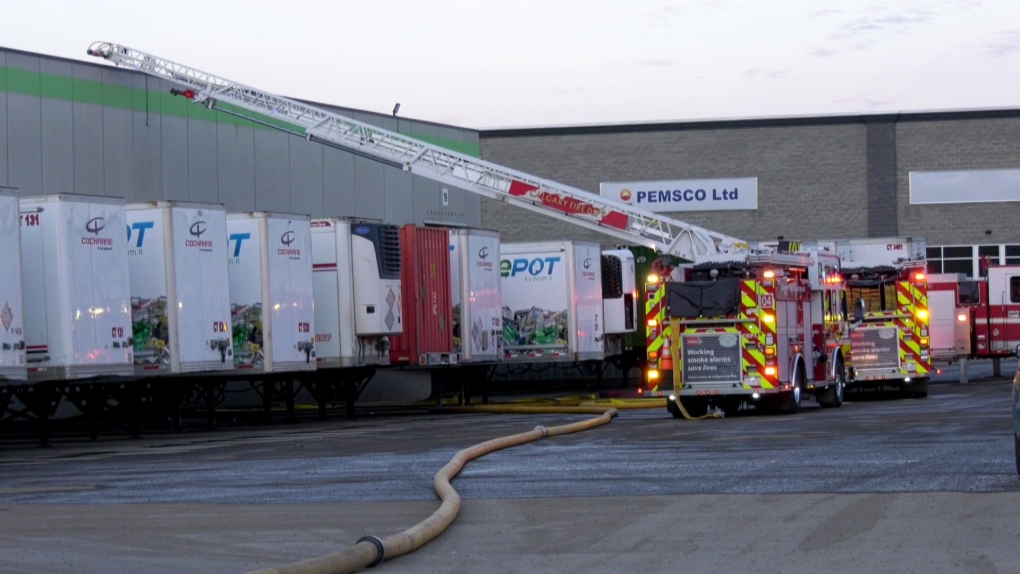 Fire crews were called to the 900 block of 57th Avenue N.E. just after 6:30 p.m. where they were met with employees outside the building and smoke inside.

They were able to trace the fumes to a machine used to bail recycled materials, which had caught fire.

It was quickly extinguished and firefighters spent several hours clearing smoke from the building.

"The biggest challenge our crews faced arriving at a building this size is that there are very few partitions," said Batt. Chief Keith Stahl.

"So a seemingly small amount of smoke within the structure could be a large amount of smoke and it's very hard to locate the seat of the fire, and also to determine how large that fire is."