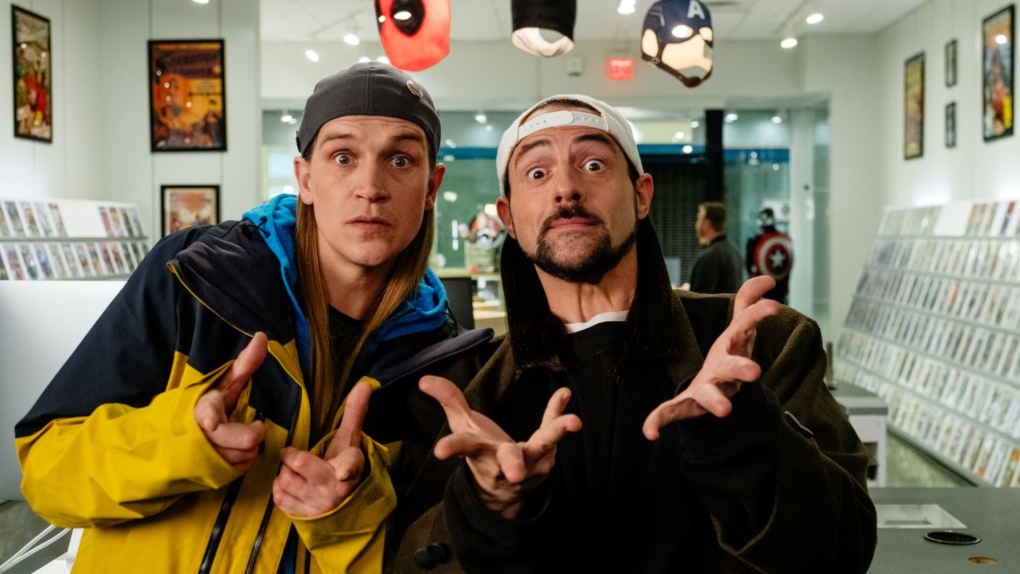 Jason Mewes, left, and Kevin Smith, as Jay and Silent Bob. The iconic comedy duo are scheduled to appear at the 2022 Calgary Expo in April. (Courtesy Calgary Expo)

Jay and Silent Bob are coming to this year’s Calgary Expo.

Mewes has also appeared in a number of other films, including Hot Rush, R.S.V.P., High Times Potluck, Pauly Shore is Dead, My Big Fat Independent Movie and Feast.

This is the second celebrity announcement for 2022. Ming-Na Wen, who plays master assassin Fennec Shand (first seen in The Mandalorian) in the newly released Star Wars series The Book of Boba Fett on Disney+, is also coming to Calgary for the event.

Early bird tickets for the event are on sale now until Jan. 19. More information can be found online.
.