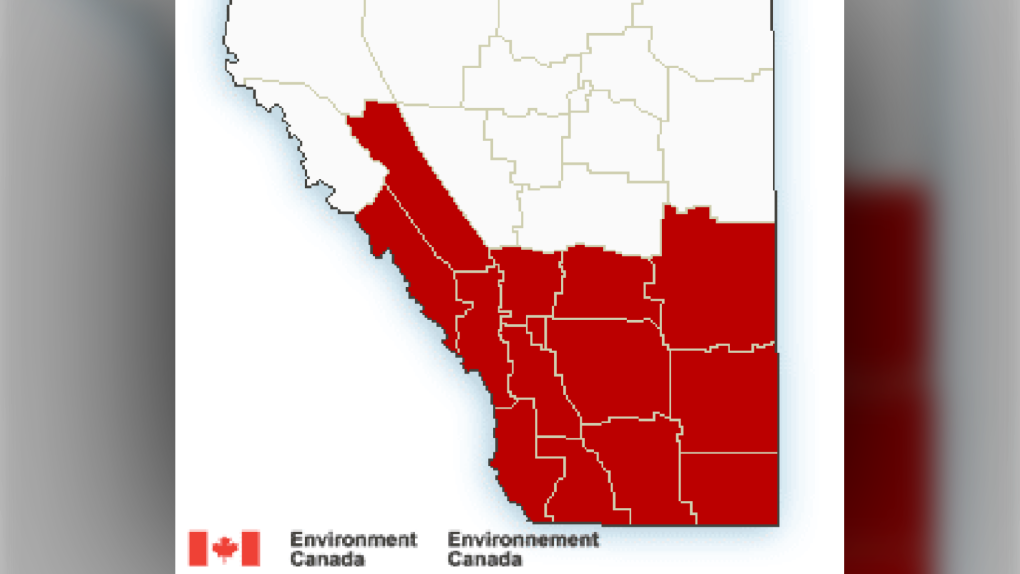 Snowfall and winter storm warnings in southern Alberta as of Dec. 21 (Environment Canada)

CALGARY -- Southern Alberta will have a white Christmas this year as an intense system will arrive Monday and dump a significant amount of precipitation over the coming days.

As of Monday morning, Environment Canada has issued snowfall or winter storm warnings for all regions in the southern section of the province.

Calgary is expected to receive between 10 and 20 centimetres of snow by the time the snowfall tapers off late Tuesday.

Winter storm warnings are in place for the following areas where between 30 and 50 centimetres of snow is expected by Tuesday afternoon:

Snowfall warnings have been issued in the following areas where between 10 and 20 centimetres of snow if expected:

Environment Canada is encouraging drivers to consider postponing non-essential travel in the hardest hit regions as conditions are expected to quickly deteriorate on roads and highways.

For up-to-date details regarding weather warnings and watches in the province visit Environment Canada – Public Weather Alerts for Alberta.

For updates on highway conditions in Alberta visit 511 Alberta or AMA Road Reports.