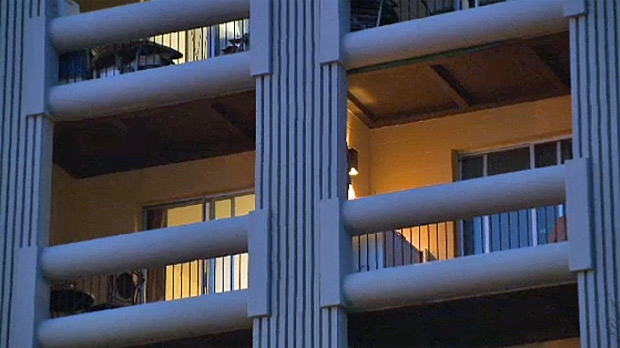 The average for a two bedroom rental in the city is $1200 a month.

Calgary renters have been feeling the pinch of a tight market for some time and the mayor says some landlords need to ease up on major increases.

The most recent rental survey from the Canada Mortgage and Housing Corporation shows Calgary's vacancy rates are the lowest in the country at 1.4 percent.

The average monthly rent for a two-bedroom apartment in the city is just over $1200 a month.

For many, even a small monthly increase can overburden their budgets and the mayor says he doesn't want landlords to take advantage of people.

“I’m really reaching out to that minority of landlords who are seeing this as a get rich quick opportunity and saying rethink that,” said Nenshi.

Nenshi says he gets calls every day from people who say they have been given just a couple weeks’ notice about a 30 to 40 percent increase in rent and that it’s irresponsible of landlords to gouge renters.

“If you’re a landlord who’s increasing the rent a little bit to cover your costs, there’s nothing wrong with that, that’s fine that’s the business. But nobody’s costs have gone up 30, 40, 50 percent and it’s to that small minority of landlords that I say look, think about what you’re doing, think about the ethics of the business that you’re in and think about how you can still make a decent return while not really hurting people,” said Nenshi.

He says landlords are responsible for making sure tenants have a safe and decent place to live and that they are providing for their tenants.

Nenshi adds that he is a landlord as well and that things like his mortgage, property taxes and utilities have only increased marginally so he has not passed that increase on to his tenants.

Changes to rent controls in Alberta are up to the province and the premier says that is not on his agenda at this time.

“We're not considering rent controls. We will certainly look at the comments that the mayor has made but rental controls are not under consideration,” said Prentice.

Currently, Alberta does have limits on how often rent can be increased but there is no restriction on the amount of the increase.

For more information on renting in Alberta, click HERE.