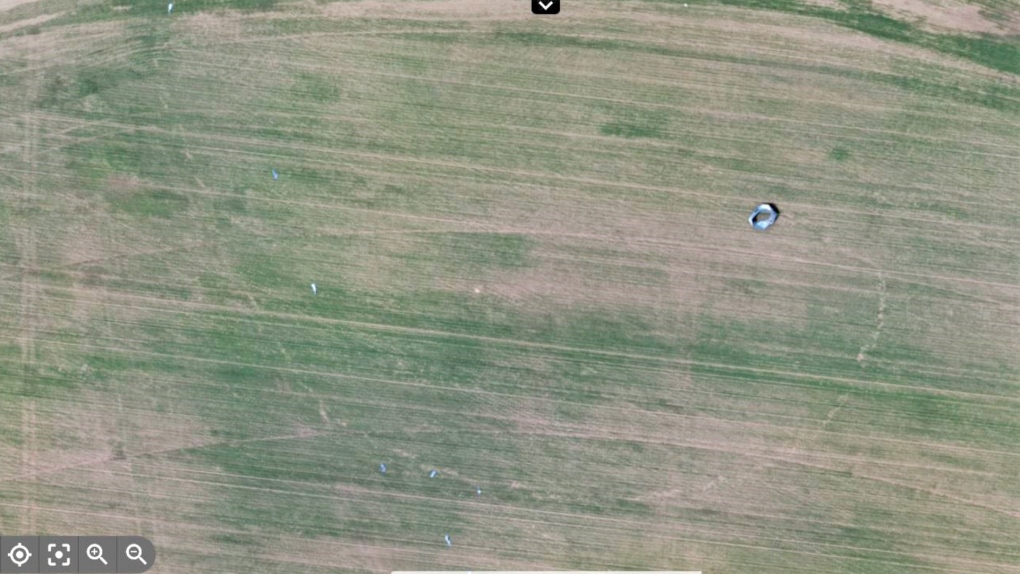 A tornado rated EF1 did touch down in southeastern Alberta earlier this month, officials confirmed on Monday.

It happened just after 4 p.m. on June 6 during a storm near Enchant, Alta. and drone footage taken by the Northern Tornadoes Project (NTP) shows damage to a field, along with a grain bin that was destroyed and left scattered.

Damage was also reported to a Quonset hut and a shed and wind speeds are believed to have reached 150 km/h.

The funnel cloud left a track about one kilometre long and 120 metres wide, NTP said.

Enchant is about 212 kilometres southeast of Calgary.

It was one of three tornadoes confirmed by NTP in recent weeks. One was also confirmed in northwestern Ontario on May 30 and another in southern Saskatchewan on June 10.