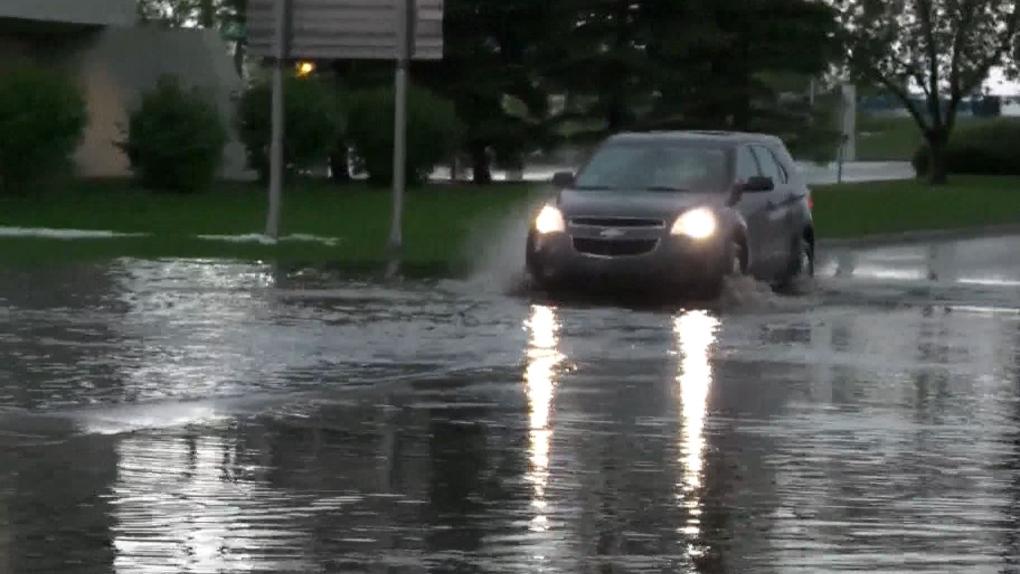 Some drivers in Calgary took their chances on some of the streets that were flooded after Saturday's storm, but Airdrie RCMP advised motorists to avoid a problem area near Cross Iron Mills.

CALGARY -- While areas of Calgary, including many neighbourhood in the northeast, were hit hard in Saturday night's storm, regions outside of the city were also impacted.

Authorities in the city of Airdrie say a road near Cross Iron Mills mall was completely flooded with storm water and rendered entirely impassable.

In a release, Airdrie RCMP say Dwight McLellan Trail, south of the Century Downs Casino and southeast of the shopping centre is blocked by storm water.

It added many vehicles had gotten stuck trying to get through and warned anyone else from trying the same thing.

The affected vehicles have been removed and police are no longer on scene, but they advise avoiding the area until further notice.

Crews from Rocky View County are still at the scene to deal with the water backup.

Environment Canada also confirmed a tornado touched down near a hamlet in the county of Warner.

The agency reported the sighting at 7:37 p.m. and said the storm was moving at 60 km/h in a north-easterly direction.

Several other tornadoes and funnel clouds were also spotted throughout the region, including near Taber, Brooks and Barnswell.

Environment Canada cancelled the weather warning at about 9:40 p.m. after the storm weakened.