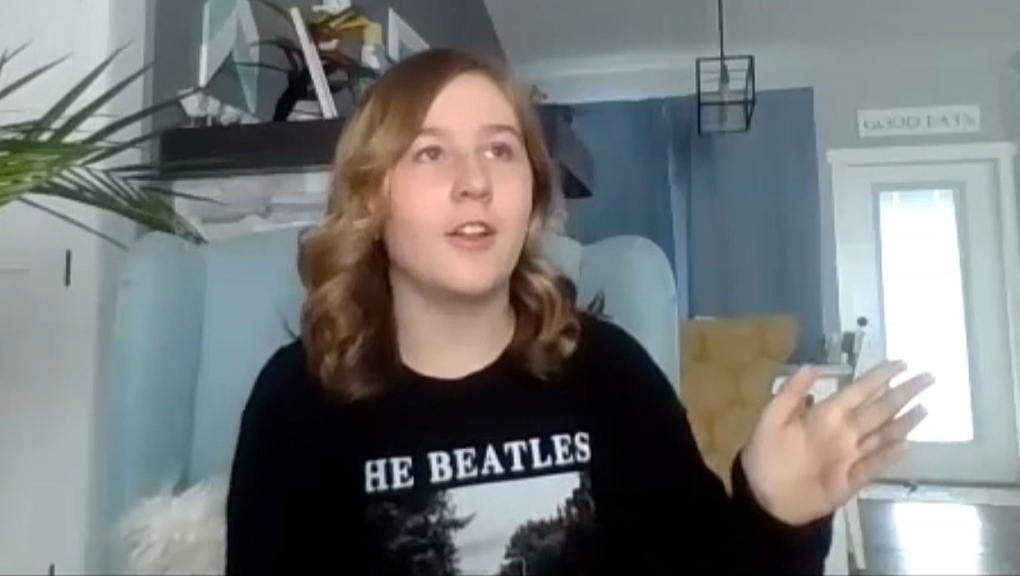 Mataya Johnson, of Magrath, Alta., picked up her guitar and wrote a song based on self-isolation.

LETHBRIDGE, ALTA. -- When Mataya Johnson of Magrath, Alta. was feeling frustrated because she couldn’t go to school or see her friends, she picked up her guitar and wrote a song about the anxiety she was feeling over the COVID-19 pandemic.

"I was a bit frustrated at the time 'cause I wanted to go see my friends, and I wanted everybody to know it’s not safe to go out."

Mataya recorded a video of the song for a language arts assignment and her mom, Dana, asked if she could post it on Facebook.

"The first thing that came into my mind was, 'Hey why not. Maybe it'll put a smile on somebody's face to hear a song about what’s happening to mostly everybody in the world right now.'"

The video quickly took off and earned dozens of comments, likes and shares from friends, family as well as complete strangers. Mataya says that was totally unexpected.

"I’ve read most of the comments. They’re amazing, there’s no negativity, it’s all like, amazing job, you did great, I love your song."

Mataya says it also meant a lot when local singer-songwriter Trevor Panczak reached out, asking permission to do a cover of the song. He soon posted it on his Facebook page as a tribute to Mataya and her "Don’t Go Out" song.

"I was really happy when I saw his video, and thought his cover was absolutely amazing," Mataya said.

The teen, who sings with Calgary choral group Sweet Adelines International Vocal Motion Chorus, says she has been singing for as long as she can remember. She started playing the guitar about three years ago.

In the future, Mataya says she would like to pursue music professionally and the response to her video has been an inspiration to that end.

"I have a huge supportive group in my family and everybody’s (saying) you're going to be famous some day, and I hope so."

Dana posted on Facebook that music means a lot to her daughter.

"When she’s locked up and bored, she writes a song about it! Her music is her therapy!"

She adds the positive reaction to the song has given her daughter something to look forward to.

"She’s an amazing little artist and musician. I love how it took off for her. It’s something happy in a kind of dark time."

Dana isn’t sure if Mataya’s language arts teacher Renee Butler, has seen the video yet. Howevern, with many of people commenting on Facebook, saying Mataya’s song is awesome, and definitely deserves an A+.

Some assisted dying appointments to go forward amid pandemic, others on hold

How long can the novel coronavirus live on different surfaces?

Getting married amid COVID-19? This couple found a crafty solution to save their big day

Trump admin moves toward promoting broader use of face masks

Should you create or update your will in light of COVID-19?