Southwest stench, attributed to storm pond, has residents turning up their noses 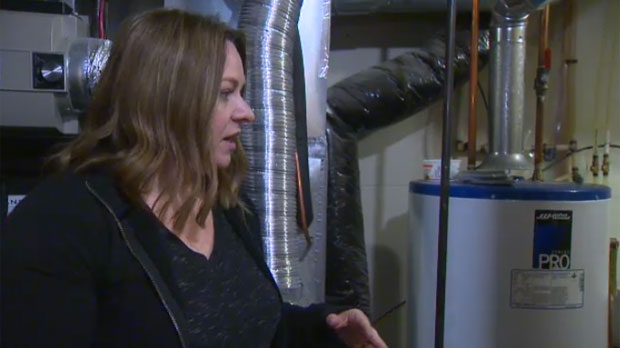 For the last three weeks, Tanya Chopek and her family have had their nostrils assaulted by an unpleasant odour within their Evergreen home and they continue to await action from the City to address the funk.

“We run a diffuser pretty much 24-7 on the main floor during the day and then a couple hours before bedtime we’ll go up and run the diffuser upstairs just with some different scents,” said Chopek of the effort to fight the foulness. “We’ve also closed the registers upstairs because it seems as soon as the furnace kicks in it just brings the smell up. We want to be able to sleep at night without that horrible smell.”

“As soon as you go down to our basement, it’s just like hitting a wall of almost rotten eggs. It sometimes almost has like a sulphur smell to it. It’s really strong.”

When the smell was first detected, the Chopeks had their furnace and sewer inspected and no issues were detected. “We were very anxious. The first couple days we were like something’s not right and when it got stronger, and worse, we actually even discussed just moving out. Going to stay at a hotel because we were scared, it was very strong and we have children, we have a dog who’s home 24-7

Fearing for their safety, they called 311 looking for answers. After being told that nothing could be done, the family had members of the Calgary Fire Department visit their home to monitor air quality and check for the presence of potentially noxious fumes.

“We then called the city back again and said ‘Okay, now we’ve had the fire department out here and they’ve told us that this is not our house issue, that it is something outside of that,” said Chopek. “That’s when we finally had a city inspector come, two days after that. Almost two weeks in, they came and did all the testing and said ‘nope, your home is safe’.”

“We know at least now, that we’re okay to be in here and that, going to sleep at night, you’re going to wake up in the morning and you’re not going to be ill.”

Once it was determined the issue was outside of the Chopek home, city officials directed the family to contact an environmental expert for Ward 13 and a nearby storm pond was determined to be the source of the stench.

Corey Colbran, a representative of the City of Calgary’s Waste Water and Storm Water Collection division, says storm ponds, wet and dry, serve a valuable role in protecting the environment and ensuring contaminants do not end up in the rivers. The spring thaw, and the introduction of oxygen, can result in rotting vegetation in ponds below the ice resulting in hydrogen sulfide.

"What happens there is there's a lot of decomposition and there's a certain type of bacteria that will grow in those anaerobic conditions and give off these gases,” said Colbran. “With that layer of ice and snow, it's just looking for the path of least resistance."

"When that layer is on there, really where it’s going is back into the storm water collection infrastructure and back out into the neighbourhoods."

Colbran says the smell will dissipate as the ice melts and there is no way of predicting which of the city's 150 storm ponds will experience these conditions from year to year.

Chopek is calling on the city to take measures to address the issue instead of waiting on Mother Nature.

“We’re confused as to why they’re not venting the ponds then, simply coming out and drilling holes in the ice or giving that gas somewhere to go up as opposed to underground and back into our homes.”

The City of Calgary continues its study into storm ponds and drainage systems, a study that began in 2015, and data collection, gas readings and visual inspections are ongoing

With files from CTV’s Stephanie Wiebe.