CALGARY -- A group of residents in the southwest community of Southwood are concerned with the city’s plans to take down a sound wall separating their homes from Southland Drive.

In a letter to residents on September 25th, the City of Calgary said the 250 metre wall would be removed by the end of October. A post and cable barrier would be put up temporarily until money is available in the budget to put up another concrete wall, the letter reads. It did not specify how long the temporary barrier would exist for.

“It is a huge safety concern, a noise concern and we were given absolutely no notice. We just wanted the wall repaired, we never wanted it removed,” said Kim-Lisa Lane, who has lived in the area for nearly 20 years.

“None of us ever would have moved here if we didn’t have the wall,” she said.

Nearby residents say drivers regularly exceed the 60 km/h posted speed limit and the concrete barrier has protected pedestrians during several crashes on Southland Dr. over the last 20 years.

“Because we just live two houses (away from the wall) we see all the people and dogs and families who walk by every day,” said Kari Hulbert. “So we’re concerned about if they take down the wall altogether.” 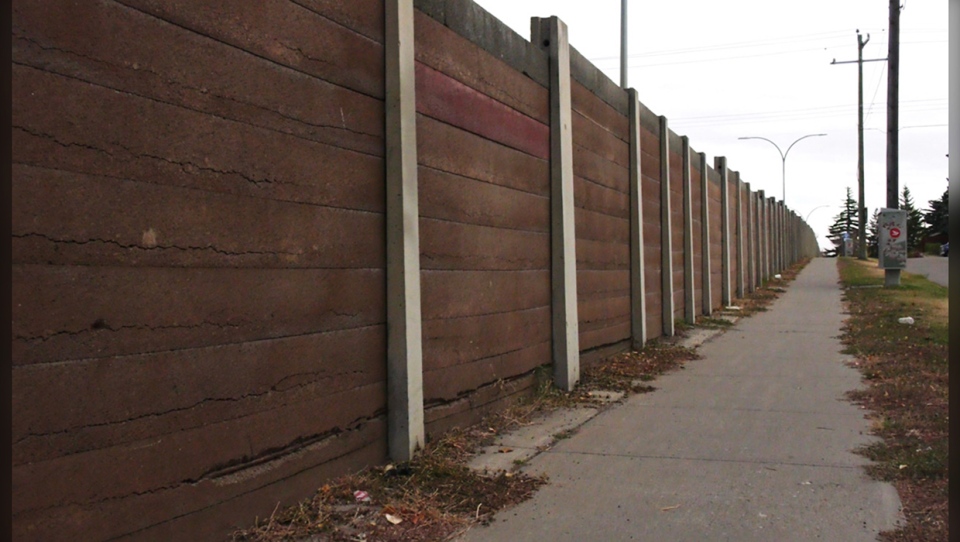 Councillor Jeromy Farkas represents the area and says his office only learned of the wall removal when the letter was sent to residents.

“My position on this is that we can’t bring it down until there’s a replacement in place,” Farkas said.

“I think the local citizens are absolutely in the right to be asking the city to come up with a better plan for this. So our office has been intervening on this issue and we’re hoping to have some good news going forward.”

The wall, which is two metres tall, was installed in the 1980’s and has a typical lifespan of 20 to 25 years. Its concrete is crumbling and one section was already removed after a vehicle crashed into it. The city’s roads and maintenance department says the wall is in ‘critical condition.’