CALGARY -- A Canadian-made, rapid COVID-19 testing kit has been approved by Health Canada for a second time but there are currently no plans to bring these tests into Alberta.

The test kit is called a “Spartan cube.”

The small and portable block was developed by Ottawa-based Spartan Bioscience which says the test takes 10 seconds to perform and provides results in an hour.

“I think it’s very cool that we have another technology here that is actually going to be able to diagnose COVID-19 a lot faster its something that we definitely need,” said Ryan Imgrund, an Ontario-based biostatistician.

Alberta is using two other rapid tests – Abbott IDNow and PanBio – provided by the federal government in a pilot program at several sites throughout the province.

In an e-mailed statement to CTV News, government spokesperson Sherene Khaw says “no decision has been made regarding any other testing kits."

The results of the pilot program will inform how the tests are deployed widely across the province, and “point-of-care testing” will be likely be expanded in “locations where it can be of the greatest value for public health authorities to manage COVID-19, such as homeless shelters and long-term care facilities." 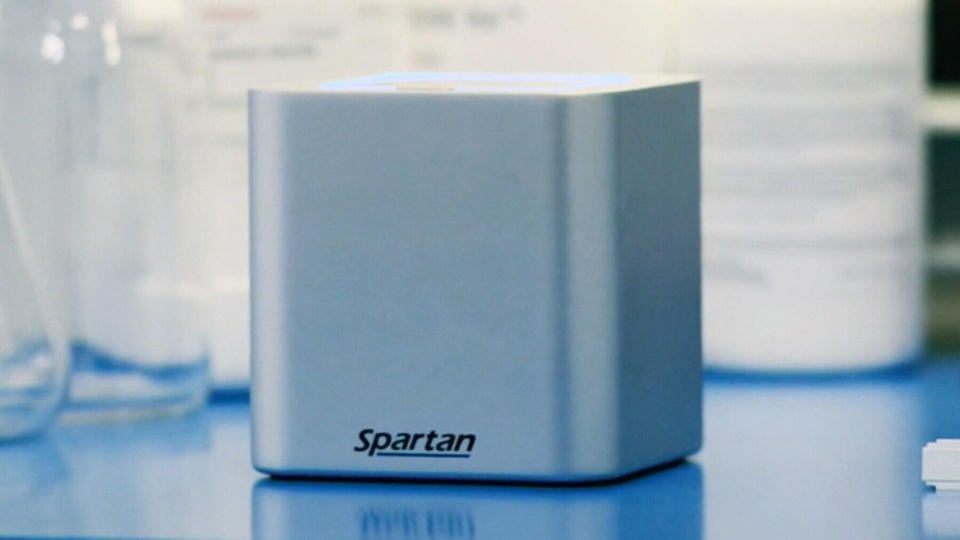 Alberta Health Services did plan to use the Spartan kits last spring and signed a $9.5-million contract to bring in 100,000 of them.

Spartan Bioscience voluntarily recalled the sets before any were used in Alberta over concerns it wasn’t working properly.

“The swab itself was not gathering enough cells itself to gather an accurate reading so the company at that time took the voluntary decision to do a voluntary recall and then rework the swab technology as well as the test kit,” said CEO Roger Eacock.

"I think a lot of people thought originally it was gonna be like a home pregnancy test, so you take it (and) you're going to find out the results really quickly. That is not at all how they work,” said Michelle Hoad, CEO of Medical Laboratory Professionals’ Association of Ontario.

“We still need a human to actually run the instrument."

Imgrund says there is a chance rapid tests could miss positive cases as there is a five-day-incubation period.

“Just because somebody is testing negative for COVID-19 it doesn’t mean that they don’t have a case of COVID-19 that is in the incubation period,” said Imgrund.

He adds cases will drop with collective action like hand-washing, physical distancing and vaccinations.