The opening weekend of Calgary Stampede has drawn in people from all over world, yet only two of Canada's federal party leaders have shown up so far.

"I think that for any federal party leader if you don't recognize that Calgary Stampede is a must do stop on your summer schedule you're just not paying attention," said May.

Scheer says Calgary voters are a key on the campaign trail ahead of the federal election this October.

"This election is going to be a choice between Justin Trudeau and the Liberal Party and myself and the Conservative Party. Our positive vision for Canada lowering taxes making life more affordable supporting our energy sector, thats what that choice is about."

"The fact that Justin Trudeau isn't here makes me question whether they think they can win any seats in Calgary in the next election," said Lori Williams of Mount Royal University.

It's not known if NDP leader Jagmeet Singh and Prime Minister Justin Trudeau will attend any Stampede events this year. 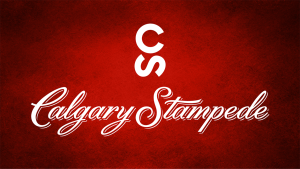