The Calgary Stampede is five days away from returning with a full throttle in 2022, with staff and volunteers anticipating a big turnout.

The grounds are being transformed to accommodate food trucks, festival games and the midway rides as staff stay busy constructing them.

This year will feature, for the first time in Canada, the Super Wheel, a 45 metre tall ferris wheel that elevates riders to breathtaking heights. 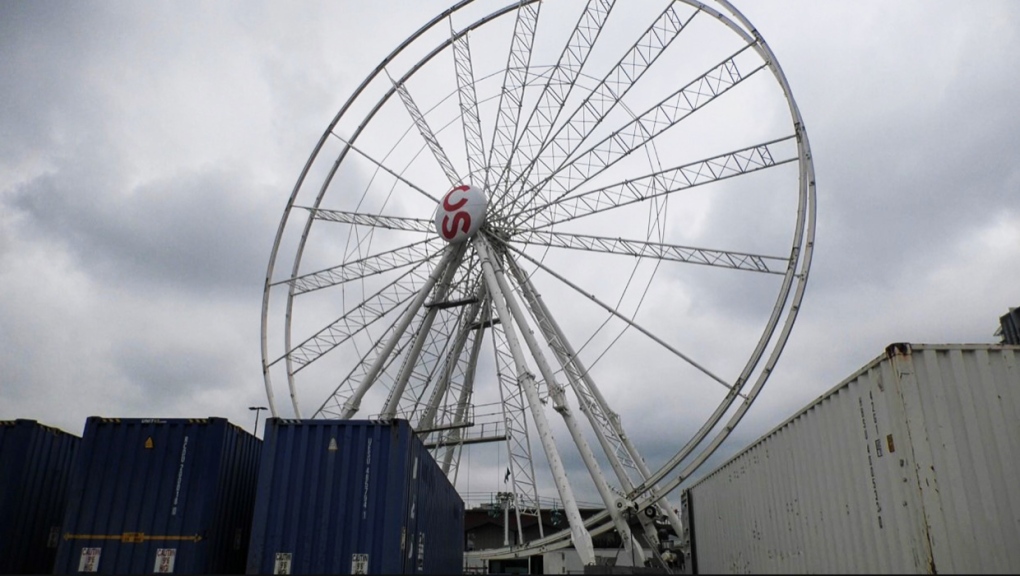 This year will feature for the first time in Canada, the Super Wheel, a 45 metre tall Ferris wheel, taking you to breathtaking heights.

“We’ve been playing it at some dates in the United States, and we are thrilled to bring it to the Calgary Stampede and the very first time in Canada with Canada’s largest travelling ferris wheel,” said Scooter Korek, vice president of client relations with North American Midway Entertainment.

Korek said the Stampede will be back to pre-pandemic plans, following last year’s scaled down event.

“This is one of our top five dates we play,” said Korek.

“North American Midway play 124 dates a year and this is right near the top. I don’t know how sure the people in Calgary understand how good of an event this is on the world stage.”

The Stampede will last 10 days starting Friday and running until July 17.  The annual parade will take place Friday morning, starting at 8:55a.m. and will be streamed live on CTV.