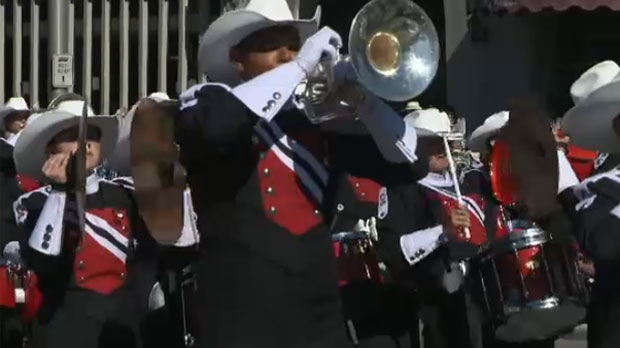 Competing against 20 bands from around the world as part of the World Association of Marching Showbands (WAMSB) World Championships, the Stampede Showband came out on top Monday night, in a performance that included a drumline battle and several feature performances.

“It was an honour to host the World Association of Marching Show Bands World Championships at the greatest outdoor show on earth,” said Stampede visiting bands committee chair Tim Lane. “We are proud to have the Stampede Showband carry the well-deserved title of world champion for the sixth time in 2019.”

Competing bands came from around the world, including Taiwan, the Netherlands and Mexico.

In 2020, Calgary hands off the duties of hosting the WAMSB World Championships to Bangkok, Thailand.

Calgary audiences who attended the championships received rave reviews from the WAMSB.

“All of the bands who attended did a phenomenal job,” said Kathryn Harris, media manager for the WAMSB.

“And we couldn’t have asked for a better audience for them to play for than here in Calgary.”