Stamps have a different plan for 2020 free agents: signing some

CALGARY -- The Calgary Stampeders have never been a team that’s gone all in on free agency. They always preferred to take care of their own.

But this off-season looks different. The Stamps got hit hard, losing a number of key players and now need to restock the roster for the 2020 season. President and General Manager John Hufnagel admitted Monday that his team will probably get a little more aggressive when it comes to free agency which kicks off Tuesday at noon.

“Yeah I think we’ll have more action tomorrow than you normally expect from our organization," Hufnagel said Monday.

The Stamps did get a jump on free agency this weekend, signing local product Sean McEwen after his release from the Toronto Argonauts. Hufnagel believes the big offensive lineman will really help the team.

“It was something we really went after. We wanted to make sure we had enough bodies at the centre position," Hufnagel said Monday.

"With attaining Sean and also with Justin Lawrence in the fold, we’re very comfortable that position will be manned by a Canadian," he added. 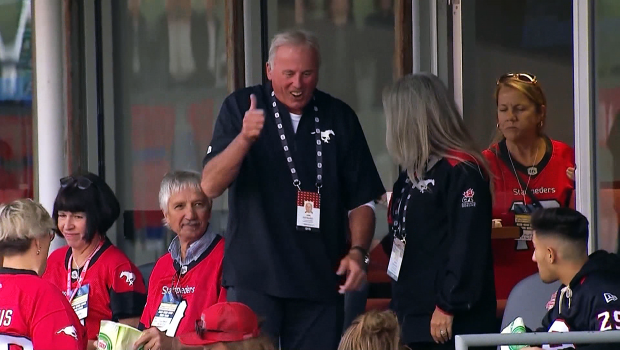 McEwen is an alumnus of Notre Dame High School and the University Of Calgary. He says it’s awesome to be coming back home to play football.

“That was definitely part of it,” he said, of his decision to sign with the Stamps. "Obviously (for) numerous reasons. It’s such a great organization.”

One position the Stampsare likely to target Tuesday is in the defensive backfield. They lost Tre Roberson to the NFL and Brandon Smith to retirement in the off-season and those will be big shoes to fill.