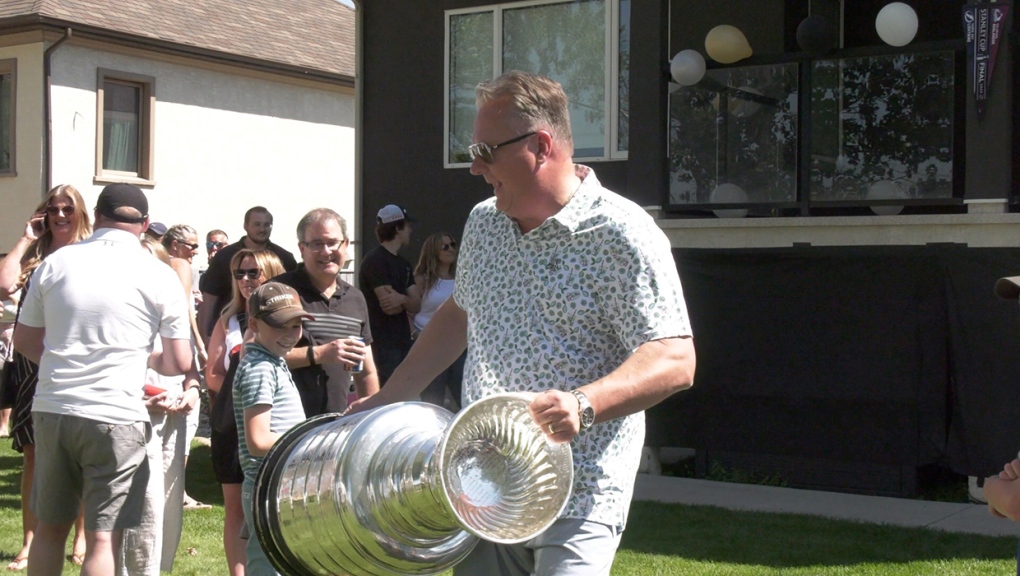 Tuesday, for the first time, this tradition brought the Stanley Cup to Coaldale in southern Alberta.

Wade Klippenstein is the director of amateur scouting for the Stanley Cup champion Colorado Avalanche.

He wouldn’t want to spend his cup day anywhere else.

“This is where my kids grew up to me it's more about them and their friends. This is where my wife's friends are from. She works in Lethbridge as a nurse so this is home," said Klippenstein.

Klippenstein got to spend his day with the cup in his backyard with friends and family.

While he enjoyed his experience with the cup he found that it seemed to fly by.

“You know what it's probably something I'll enjoy more in photos and in videos, it's happening quick. The day's gone by super fast so I'm glad to be able to share it with friends and family," Klippenstein said.

It was important to Klippenstein to spend this important day with those closest to him.

“It's a bit weird still to be honest. It's only going to be here for a couple hours but it's really nice that we get the opportunity to have it," she said.

While the Stanley Cup was the guest of honour there was another guest present who helped make the day possible, namely the keeper of the cup, Mario Della-Savia.

He’s been with the cup during its western Canadian trip.

While the trip is winding down, it’s certainly been a busy one for Della-Savia.

“We've been in Saskatoon of course and Humboldt. We've been in Innisfail, we're going to Calgary then we're here today in Coaldale” Della Savia said.

While it was an exciting day, Klippenstein said he wished he had more time to spend with the cup.

He’s hoping for an Avalanche title repeat so he can get that opportunity again next summer.

'I don't see this getting better': Gas prices in Ontario expected to keep climbing

Drivers should fill up their tanks Tuesday as gas prices in Ontario are forecast to rise in the next few days, with one industry analyst warning that more hikes could be coming.