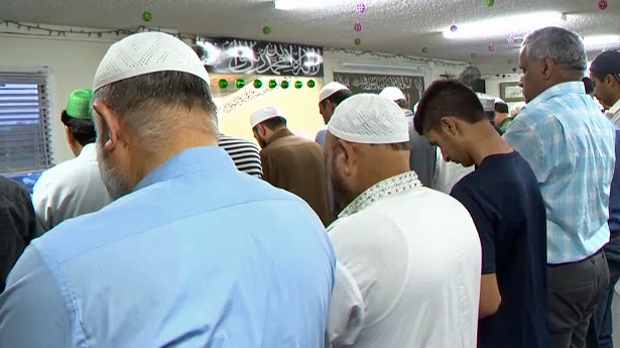 Special night prayers at Green Dome Mosque in northeast Calgary on May 15, 2018

The Islamic Supreme Council of Canada has announced the holy period of Ramadan, which was to begin tonight, has been delayed as the moon is not visible to the naked eye.

“Tonight is the 29th of Shaban,” said Atthar Mahmood, vice-president of the Islamic Supreme Council of Canada. “There has been no moon sighting in Canada or even North America. Therefore we are announcing the Ramadan will start on the 17th of May, Thursday.”

“Muslims in Canada are supposed to go out and see the moon with the naked eye then they can confirm if Ramadan will start.”

Ramadan is a 30 day period of fasting recognizing the completion of the holy book by the Prophet Muhammad.

“The EId-Ul-Fitr day is the ending of Ramadan,” explained Mahmood. “In the morning we gather for prayers and after that we are able to eat and drink anything and we celebrate. Mostly Muslims get together and families and have parties and book hotels and have banquets and whatever they want to do.”

According to Mahmood, Muslims in Canada are placing an emphasis on teaching the religion’s message of peace to young people in their community this year.

“The Islamic Supreme Council of Canada has decided that each night, after the special prayers, the imams will be meeting with the youths in each mosque so we can explain to them the real quran and its meaning.”