Stolen bike reunited with owner 12 hours after it was taken 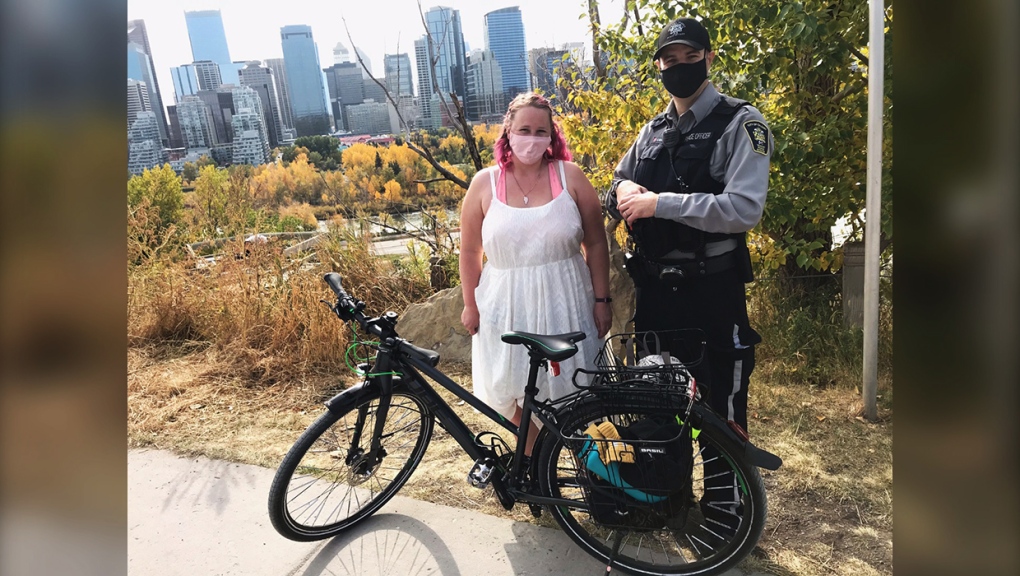 CALGARY -- Brian Meanley, a ten year veteran with Calgary Transit as a peace officer,  was on a regular patrol at the Chinook LRT station with his partner when they spotted a nice looking bike unattended on the LRT platform shelter.

“I pulled out my phone and looked it up on bike index.” said Meanley, describing a website that lists missing bicycles.

“The descriptions matched exactly," he said, "including the red and black cellphone holder on the handlebars."

Meanley added when he took a closer look at the bicycle, a woman approached him and his partner and stated it was her bike. When the woman was asked if she bought it recently, she said that she bought it earlier in the day.

“When I showed her the photos on bike index of a possible match to a bike stolen that same day, she was surprised and was more than willing to surrender the bike and get it back to its rightful owner.” said Meanley.

Jennifer Selzer reported her bicycle as missing early Tuesday morning on September 29. Selzer said she works at a before and after school program and  noticed her bike missing when she was taking the kids to school on Tuesday morning.

“I was devastated, this was my replacement bike!” said Selzer “I had an identical bike stolen back in May.”

Selzer said  she went out with a friend after work because of her bike being stolen. Her friend was trying to cheer her up.

12 hours after her bicycle was stolen Selzer got a phone call.

“I got a phone call from Calgary Transit peace officer asking if I registered my bike as lost?” she said.

To her pleasant surprise, her bicycle was found.

“I was in complete shock and super, super happy.” she said  “I can’t thank these peace officers enough for bringing my bike back.”

Bike index is a free online bike registration service which may help CPS in recovering a stolen bike.