Stolen vehicle involved in head-on crash in Lethbridge, suspect found in nearby field 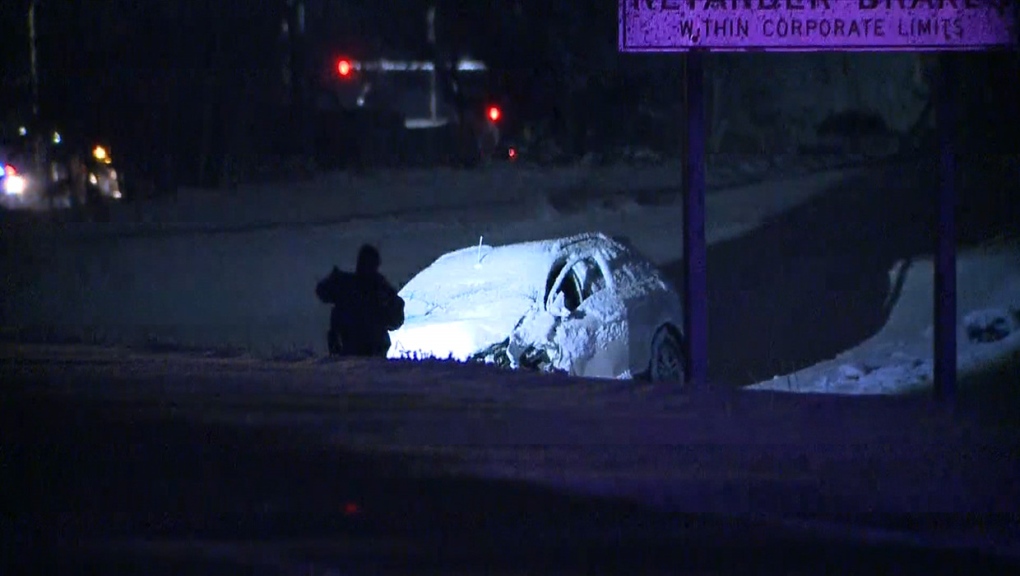 LETHBRIDGE -- A 25-year-old man was arrested while attempting to hide in a field following a Tuesday evening crash on University Drive that sent another man to hospital.

Members of the Lethbridge Police Service responded to a location between Bridge Drive and Highway 3 shortly before 6:30 p.m. after a northbound Dodge Ram pickup truck crossed the centre line and collided with an oncoming Ford Edge SUV. According to police, the truck had entered the ditch prior to the crash and it's believed the driver had overcorrected after returning to the road.

Witnesses spotted the driver of the truck running off following the crash. LPS members — including the K-9 unit — followed the man's tracks and apprehended him in a field just east of Burnco. The man, who was not injured in the crash, was laying down in the field at the time of his arrest.

The SUV ended up in the ditch following the collision and the driver was trapped in the wreckage. The man, whose age has not been released, was freed from the vehicle and transported by ambulance to hospital in non-life-threatening condition.

Police determined the 2017 Dodge Ram half ton had been reported stolen Tuesday.

In connection with the investigation, Joshua Ryan MCarthur, 25, has been charged with:

MCarthur has been released from custody ahead of his scheduled court appearance on March 26.

With files from Terry Vogt