A Calgary-born country music star is under fire for a recent social media post where he stated that since he had COVID-19 before, he doesn't need to be vaccinated.

Paul Brandt, a multi-award winning artist, wrote on social media Friday night that he was told by "an Alberta doctor" because he was infected with COVID-19 earlier in the pandemic, there was "no medical need" for him to get the jab.

He went on to say that he isn't "an anti-vaxxer" and wanted to start a conversation on the topic, linking to his Facebook page where he went into further depth about his thoughts on the matter.

"I want to be clear, I am not against vaccines. To be sure, COVID-19 vaccines work well to provide good protection against severe outcome from COVID-19 for individuals and society. It is a good and responsible measure to strongly consider getting vaccinated both for yourself, and for the rest of the community and country," he wrote.

"What is troubling me is this – Why aren’t people who have had COVID and recovered being included in the conversation? Why are we not being recognized as people who have adequate immunity. Why are people who don’t need to be vaccinated being pressured to vaccinate in Canada?"

However, other Alberta doctors were quick to respond to Brandt's comments, condemning them as "spreading misinformation" and "totally wrong."

I’m an Alberta doctor and I’m telling you that is incorrect. Stop spreading misinformation and go get vaccinated. https://t.co/8F5Fce3TxM

I am so disappointed in @paulbrandt We didn't need this interjected into the vaccine conversation. Wildly irresponsible given his platform.

However, some did come to Brandt's defence, saying that he was misinformed by the doctor.

There are some bad doctors practicing in AB. An unvaccinated acquaintance was told by their family dr to wait for the Novavax instead of being vaccinated right now. I told them get a new dr the Novavax isn’t even approved they need protection now.

Earlier in the pandemic, Alberta Health did confirm to CTV News that all Albertans, whether they've been infected with COVID-19 or not, need the vaccination to stop the virus.

While Premier Jason Kenney stated in April that Albertans can have "natural immunity" to the virus after being infected by it, the ministry said that didn't mean they are adequately protected.

"There is evidence that having recovered from COVID-19 does provide some immunity to the virus. That is what is meant by 'natural immunity,'" said Tom McMillan, former assistant director of communications with Alberta Health back on April 17.

"However, evidence is still emerging about exactly how much immunity develops and how long it lasts." 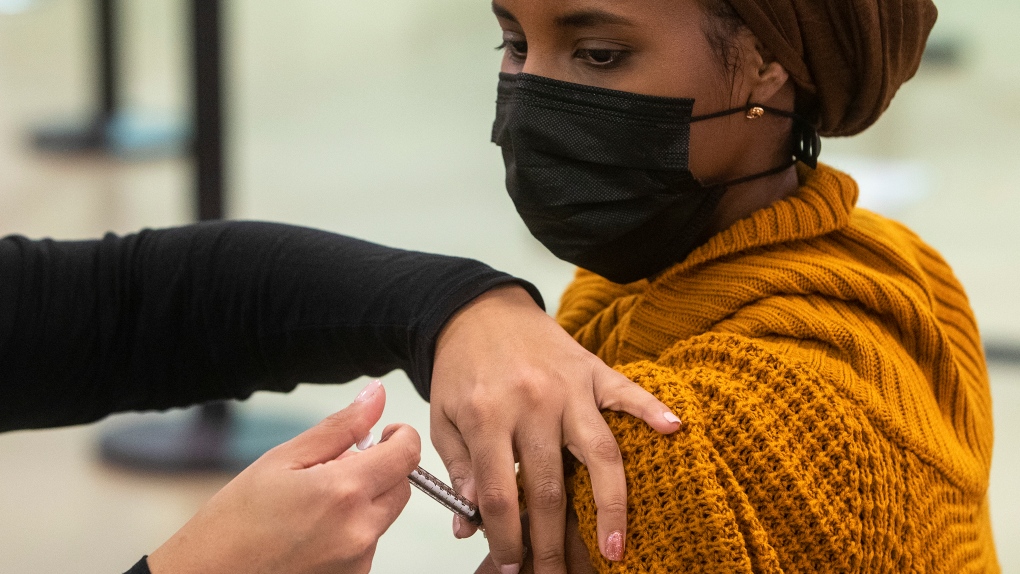 A nurse gives the first COVID-19 vaccine in Edmonton, to Sahra Kaahiye in Edmonton on Tuesday, December 15, 2020. THE CANADIAN PRESS/Jason Franson

Further research, conducted by King's College London found that while some COVID-19 patients with even mild infections built up some immune response, it only lasted several months.

After three months only 16.7 per cent of the study group had maintained high levels of COVID-19-neutralizing antibodies, and after 90 days several patients had no detectable antibodies in their bloodstream.

(With files from AFP)

A small, angular rock that one Canadian physicist says looks like a chunk of black cheese has the potential to help scientists understand how the early solar system formed.