Like many of his favourite comic book heroes, 63-year-old Calgary Co-op grocery clerk Al Berg has an alter ego of his own: by day he bags groceries, but when he leaves work from the midtown market he slips into his other self, as one of the top storyboard artists in Canada.

Sought out by film and television producers from around the globe, Berg is called on to turn a director’s vision into a scene by scene set of drawings, called storyboards. 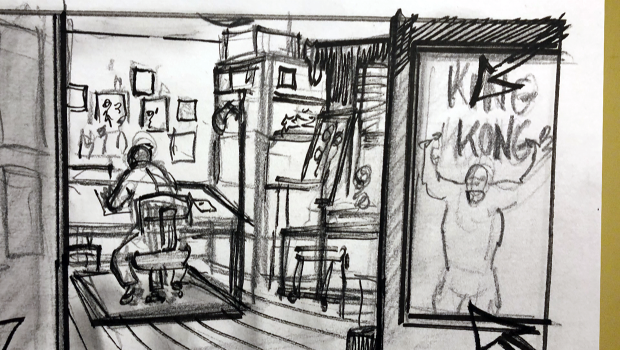 “It’s specialty work. It isn’t simply art. It’s communication of a moving picture done in still form, and it’s done so a director can have his vision” says Tom Benz, who's a business agent at IATSE Local 212, the film crew union.

“When you mention storyboards to a local production manager or line producer," he adds,  "Al Berg is the first name that comes up. And when they see his work, they look no further.”

Berg has planned the shots for camera crews on commercials for Ram trucks and Oreo cookies, movies such as Paul Gross's First World War epic Passchendaele, as well as made-in-Calgary television series like Emmy-nominated Hell on Wheels and Wynona Earp. 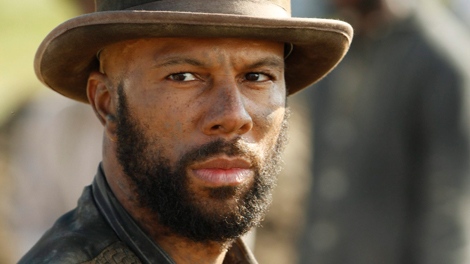 “Sometimes a production will just need some key difficulty scenes, like a stunt or something," Berg says, "where they need to have everybody on the same page to know what’s going to be on the screen”

Most days though, you’ll find Berg working at the downtown Co-op. Producers who hire him usually work around his shifts at the store.

“ I just write out my schedule and email it to them and they work around my schedule,”says Berg. “They line up some time for me to meet with the director, and (then) I just do some little thumbnails, like stick people, and I just get these notes.

"After, I  might do several scenes with the director and (then) I make these notes, clip them together and take them home.”

Berg’s home studio is in his tiny Beltline apartment, cluttered with movie memorabilia and filled to overflowing with art supplies.

It is here Berg fills in scene details, shading in the lighting, composing dramatic sequences, and places markers that identify camera movement. 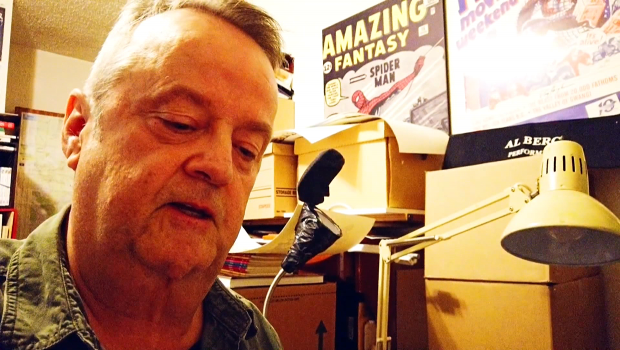 Back at the grocery store, most customers aren't aware of his double life.

Some of them will come in and say ‘you know what there’s a movie filming in my neighbourhood, it's two doors down, they’ve rented out somebody’s house’ and they feet really excited about it,” says Berg.

“Then they find out I’m working on that same movie," he adds. "It kind of blows them away.”

A self described ‘film nut’ Berg spends much of his spare time watching movies, many of them with his name in the credits. 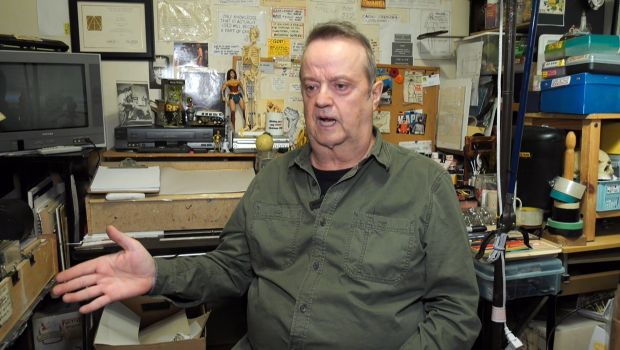 “I watch episodes of  Hell on Wheels and other movies i have worked on," he says, "and it’s like; ‘wow that’s just like the storyboard’. It feels good.”