Stranded American tourists rescued along the Bow River in Canmore 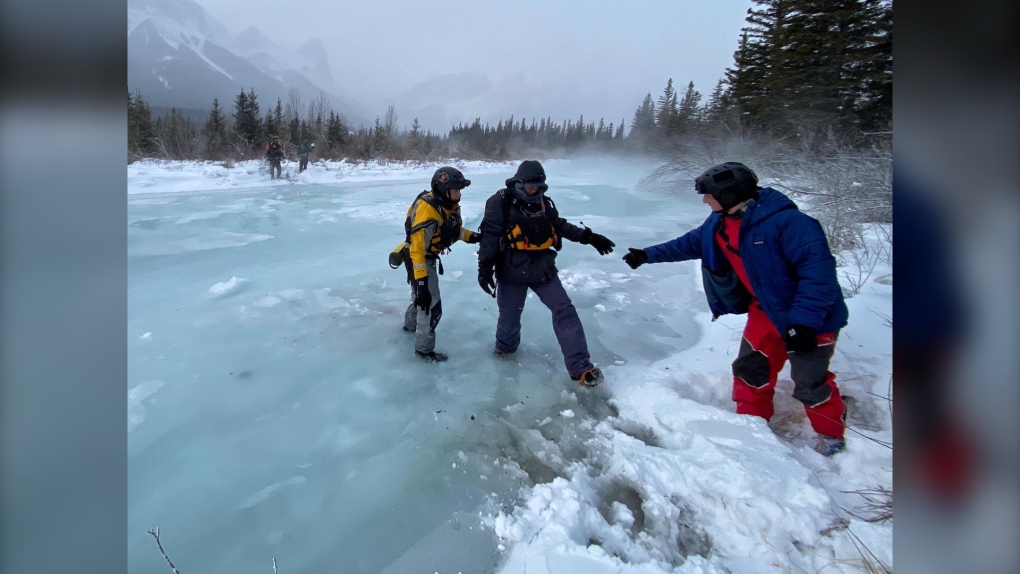 CALGARY -- Canmore Fire Rescue officials are reminding the public of the dangers icy waterways pose after three people were rescued Wednesday morning at the confluence of the Bow River and Cougar Creek.

Emergency crews, including the Canmore Fire Rescue water rescue team with an RDC inflatable rescue boat, responded to the area at approximately 11 a.m. after someone spotted the stranded trio. The three visitors from the United States were retrieved and returned to shore unharmed.

Fire Chief Walter Gahler confirms the tourists had made their way to the area on foot but became stranded following a shift in the ice.

Gahler says the incident is a reminder of the potential dangers unpredictable waterways may pose.