Student rappers rattle off some science rhymes at Studio Bell 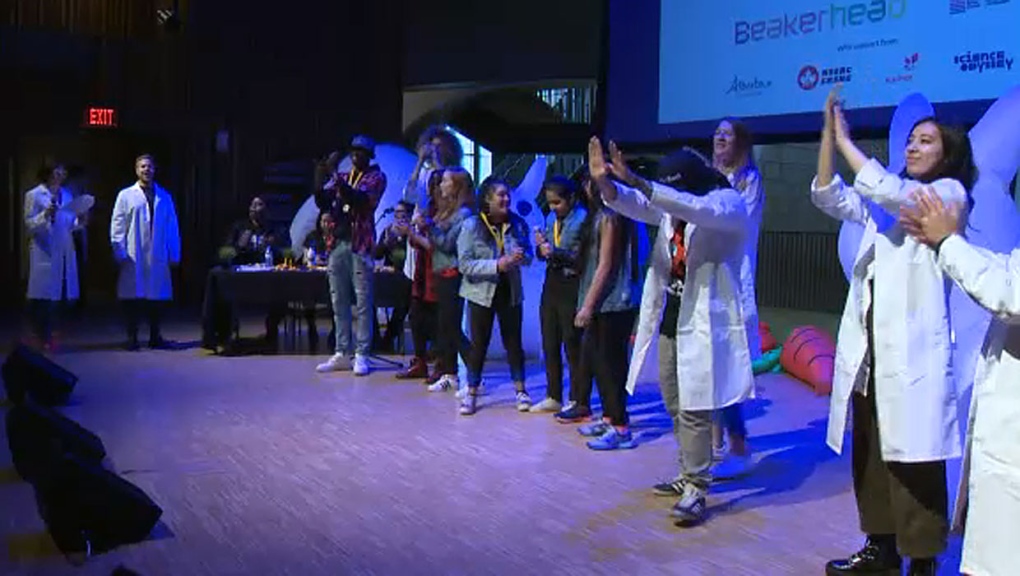 Students from six Calgary schools gathered inside Studio Bell at the National Music Centre on Thursday for a special rap competition hosted by the brainiacs at Beakerhead.

The third annual Science Genius Rap Battles pits teams of youth against each other in rap-battles all based on science topics to claim the Science Genius Champion crown.

The event tested not only the students’ rhyming mettle, but their scientific knowledge as well.

“Taking science and injecting hip-hop into the classroom is a really great way to engage students into the science content again,” said Carolyn Wallington, educational manager with Beakerhead.

Some of the participants say the opportunity helped them learn by using one of their favourite pastimes.

“If you’re like me, it can get boring sitting in class looking at a Powerpoint but if you’re rapping about it and you’re putting it in music and just having fun with it, it just sticks with you a lot more,” says Abrar Rahman, a student at Robert Thirsk High School.

Rahman says the student at his school have rap battles almost every day and it’s a great way to have fun with his friends.

“We want everybody to have as much enthusiasm as we do. Really, to us, it’s more about having fun with the idea rather than it’s a competition or something.”

Abdur-Raqeeb Popoola, a Grade 12 student who came away with the top prize of Thursday’s competition, says his rapping about science topics helped his schoolwork as well as his rhyming skills.

“I always feel like I resonate more with music than with school and everything. Combining the two helped me learn more in school and also helped me up my musical capabilities as well.”

Wallington adds that it’s really interesting to see how many of the students at the competition chose topics that were based on current world issues. She says it shows how connected kids are with society.

“Using the different topics that they hear about on the news, they can have those conversations in the classroom and bring them out in those raps.”

Find out more about Beakerhead’s events on their homepage.

(With files from Stephanie Wiebe)