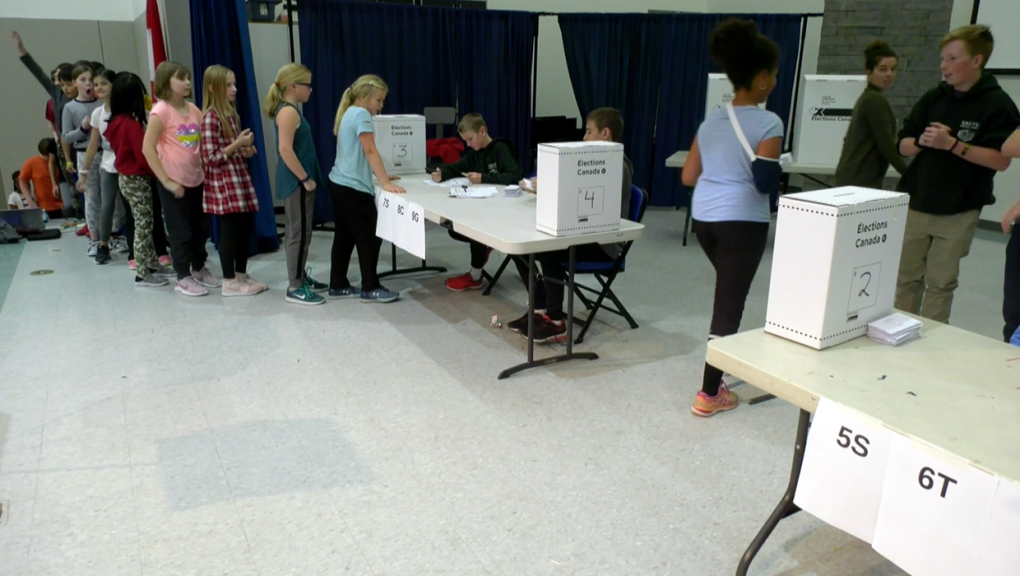 Over 1 million students are participating in Student Vote Canada

Even though they are under the voting age, more than one million elementary and secondary students will have an opportunity to vote for the official candidates running in the 2019 federal election, through Student Vote Canada 2019, the largest student parallel election held in Canada.

Social studies and science teacher George Graffunder said Trinity Christian students were voting for candidates based on the Calgary Midnapore riding, and by doing so, they learned two things about the electoral process.

"One is the process of an election, the whole step-by-step of signing up and voting, so that when they are (eventually) eligible voters, they'll have that familiarity with it," he said.

Over 9,500 schools have registered to participate, representing all 338 ridings across the country.

Students took on the roles of election workers setting up polling stations, supervising voting and counting the ballots.

Voting results are tabulated by riding and released publicly following the close of polls on Oct. 21.

"It's a great way to engage young people in politics and the responsibility of a citizen to vote and get out there and do their part," Graffunder said.