Suiting up for success on the ski jumps

CALGARY -- Ski jumping is a downhill sport. But over the last few years, it’s been an uphill climb for Canadian athletes.

Ski jumps like the ones at Winsport are closing down and lack of funding has made it tough for an athlete to survive, according to Natalie Eilers of the Canadian National Ski Jumping team.

“It definitely hasn’t been easy. Most of our costs come from us and our parents,” she told CTV.

“We do get a little bit of coverage from the government and Ski Jumping Canada sometimes gets some money," she said, "but it’s expensive.”

But finally, on Tuesday, there was some good news for these athletes, even if came from unfortunate circumstances.

Because of the COVID-19 pandemic, half of the RBC training ground events had to be cancelled. 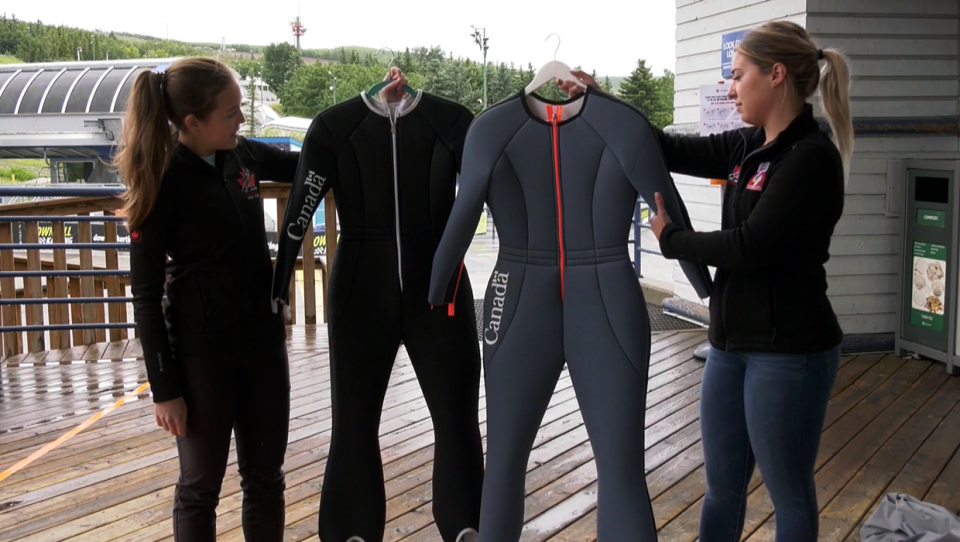 Instead of saving the money, RBC decided to put it back in the nine sports involved in the program.

Ski jumping is one of those sports. So top rising stars like 22-year-old Eilers and 22-year-old Natasha Bodnarchuk will be getting new skis, bindings and - more importantly - new jump suits.

Bodnarchuk says it will help a great deal.

“We are at at disadvantage if we’re re-using our old suits. They’re not as new so they won’t fly as far as them (better-equipped opponents),” she said.

“Suits are arguably the most important piece of our equipment.”

The new suits will replace these old suits that Eilers and Bodnarchuk used last year.

She says they changed the shape of the old ones so they are now illegal in competition.

“My brand new suit from last year I only took like three jumps in, and now we need to get the new ones - so usually we’ll we’ll use them a bit longer,” Eilers said.

“Other teams they have a new suit for every competition so there’s definitely a big disadvantage there. We (usually) make do, so (having)  these new suits will be amazing.”

And hopefully the new suits will help get Natalie and Natasha into the Olympics.

Bodnarchuk says they give her new hope.

“I know that there’s going to be some challenges along the way but having new equipment is definitely something that’s going to help propel me into the right direction.”