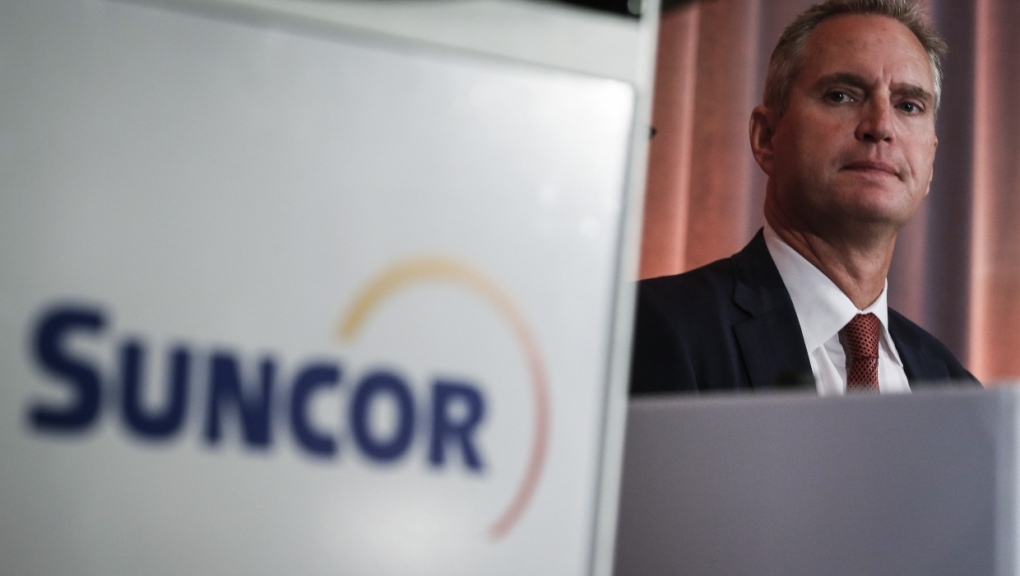 Suncor Energy Inc. is doubling its dividend and restoring it to 2019 levels as it continues to pay down debt and ramp up production in the wake of higher oil prices.

Shares in the Calgary-based oil producer and refiner were up 9.7 per cent to $30.96 in mid-morning trading on Thursday. Suncor reported after markets closed on Wednesday that it earned a net profit of $877 million in its third quarter, or 59 cents per common share, compared with a net loss of $12 million or one cent per share in the third quarter of 2020.

The company says it will increase its dividend to 42 cents per share on Dec. 24, thanks to strong performance and higher-than-expected energy prices.

"We're just taking advantage of the high commodity price environment. We've made so much progress on restructuring the debt and such, our view was we needed to keep the dividends up at the same pace,'' said Suncor chief executive Mark Little, on a conference call with analysts Thursday.

Suncor's total upstream production for the quarter ended Sept. 30 was 698,600 barrels of oil equivalent per day, compared with 616,200 in the same quarter a year ago.

Suncor's refinery business reported $947 million in funds from operations in the third quarter, compared with $594 million in the same quarter the year before.

"Even with a significant increase to the dividend and continuation of the buyback program, we are planning to accelerate the pace of achieving the net debt targets,'' Little said. "This reflects our confidence in the performance of our asset base and the strong free funds flow generation across our integrated model, taking advantage of strong commodity prices.''

This report by The Canadian Press was first published Oct. 28, 2021.