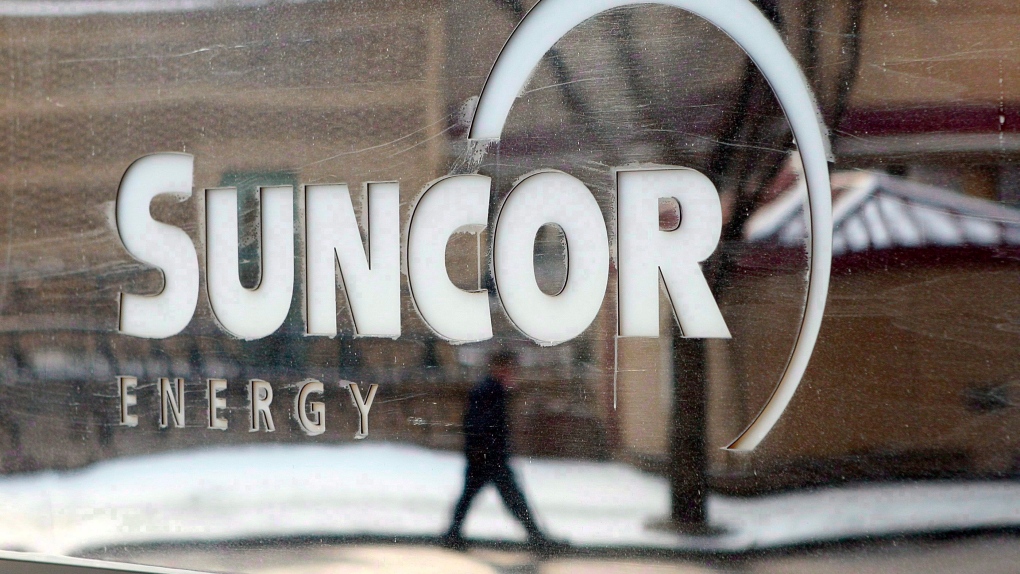 A pedestrian is reflected in a Suncor Energy sign in Calgary, Monday, Feb. 1, 2010. (THE CANADIAN PRESS/Jeff McIntosh)

The Calgary-based company says its capital budget for 2020 will rise by about 10 per cent to a mid-point of $5.7 billion from this year's $5.15 billion.

Suncor announced it has sanctioned the first 200-megawatt phase of its Forty Mile Wind Power Project, which received Alberta regulatory approval last spring. About 25 per cent of the capital cost is expected to be incurred this year and the remainder in 2020 and 2021.

Suncor say the project is a key component of its sustainability strategy as it targets cutting its greenhouse gas intensity by 30 per cent by 2030.

It says the 2020 capital budget increase also includes $300 million for its $1.4-billion project to replace coke-fired boilers at its oilsands base camp in northern Alberta with cleaner natural gas-powered co-generation units for heat for the plant and electricity for the provincial power grid.

It also plans to invest $150 million in digital technology initiatives and $50 million to improve efficiency at the Syncrude oilsands mining complex by connecting it by pipeline with Suncor's nearby base camp works.

“Looking forward to 2020, we will continue to focus on value over volume, investing in high-return projects that are largely independent of pipeline constraints and commodity price volatility, to deliver on our $2-billion incremental free funds flow target by 2023,” said CEO Mark Little in a statement.

Upstream production is expected to increase by about five per cent to about 820,000 barrels of oil equivalent per day.

This report by The Canadian Press was first published Dec. 3, 2019.