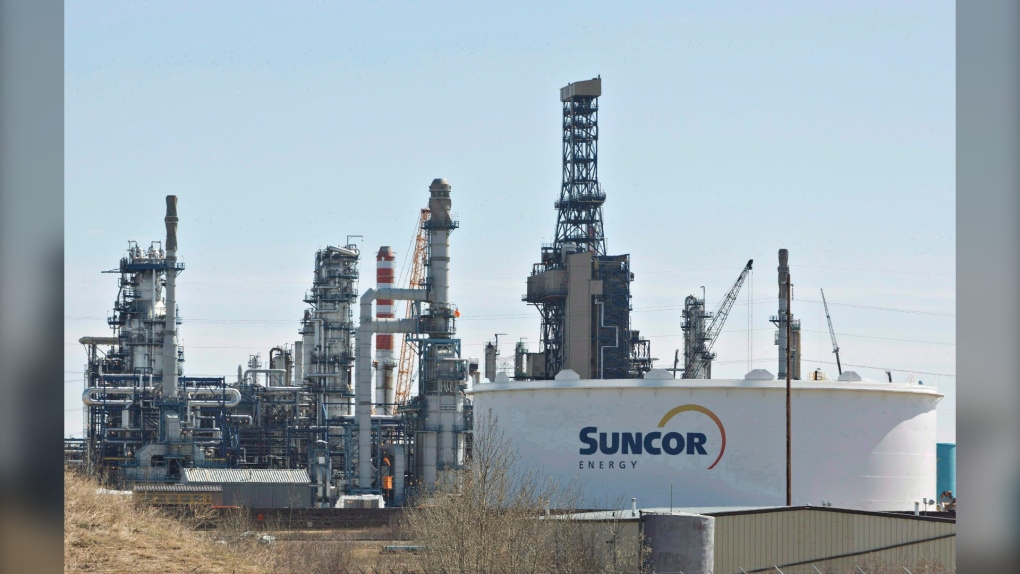 Suncor says Base Plant production was restored to 165,000 barrels per day of mined bitumen by the end of August following repairs but said it would restrict output to manage bitumen quality (file)

CALGARY -- Shares in Suncor Energy Inc. are trading sharply lower on 2020 production guidance cuts as it restarts its Base Plant oilsands mining operation following a fire in the extraction area in mid-August.

Suncor says Base Plant production was restored to 165,000 barrels per day of mined bitumen by the end of August following repairs but said it would restrict output to manage bitumen quality, meaning full rates of 300,000 bpd won't be achieved until the middle of the fourth quarter.

Meanwhile, it says it is working to restart the second extraction train at its Fort Hills oilsands mine this month, with initial production of 120,000 to 130,000 bpd. It was shut down early this year because of low oil prices.

Suncor adds it will reduce production at its Firebag thermal oilsands project, which produces bitumen by injecting steam through wells, to 110,000 bpd for four weeks as it performs maintenance originally scheduled for 2022 and does work designed to expand capacity by 12,000 bpd to 215,000 bpd.

"Despite the operational incident and all the challenges of 2020 - unprecedented drop in oil prices, global pandemic and economic slowdown - Suncor has continued to focus on safety and maximizing value through enhanced performance and lowering costs," said CEO Mark Little in a statement.

"We're pleased to be making progress on lowering costs at Fort Hills and Syncrude; we've opportunistically advanced maintenance at Base Plant and Firebag, brought on additional capacity at Firebag, and we believe this disciplined and strategic approach lays the foundation for strong performance in 2021."

This report by The Canadian Press was first published Sept. 8, 2020.