A 27-year-old man has been charged with first-degree murder in connection to the death of his co-worker at a McDonald's in Sundre, Alta.

RCMP officials say 19-year-old Josh Burns was found dead shortly after midnight on July 4 when officers responded to reports of a homicide at the local business.

A first-degree murder charge has been laid against Solaimane Elbettah, 27.

CTV News has learned both the victim and the accused were on shift at the time of the death, but no customers or witnesses were in the restaurant at the time.

In addition, CTV News has learned it's believed the crime was not connected to gangs or drugs.

RCMP say the accused was arrested near the crime scene and is fully cooperating.

Both Burns and Elbettah are residents of Sundre, a town roughly 100 kilometres north of Calgary, but neither are originally from the town.

Friends of the deceased confirm Burns was from the town of Innisfail but had moved to Sundre for work. He had been working at the McDonald's for approximately a month after leaving his job at Integra Tire.

As of Monday evening, the McDonald's in Sundre had a sign in the window indicating it was closed and the drive-thru was cordoned off by crime scene tape. The restaurant remained closed on Tuesday.

McDonald's Canada issued the following statement Tuesday afternoon on behalf of the franchisee:

"We are shocked and deeply saddened by the tragic situation that occurred at our restaurant in Sundre. We are fully cooperating with the RCMP in their investigation. In addition, support services will be provided to all employees at this restaurant.

"Given this is an active investigation, we will make no further comments at this time."

Elbettah remains in custody and is scheduled to appear in Canmore provincial court on Wednesday.

Occupational Health and Safety confirmed it is investigating the death, but says as it is an active investigation no further information will be provided. 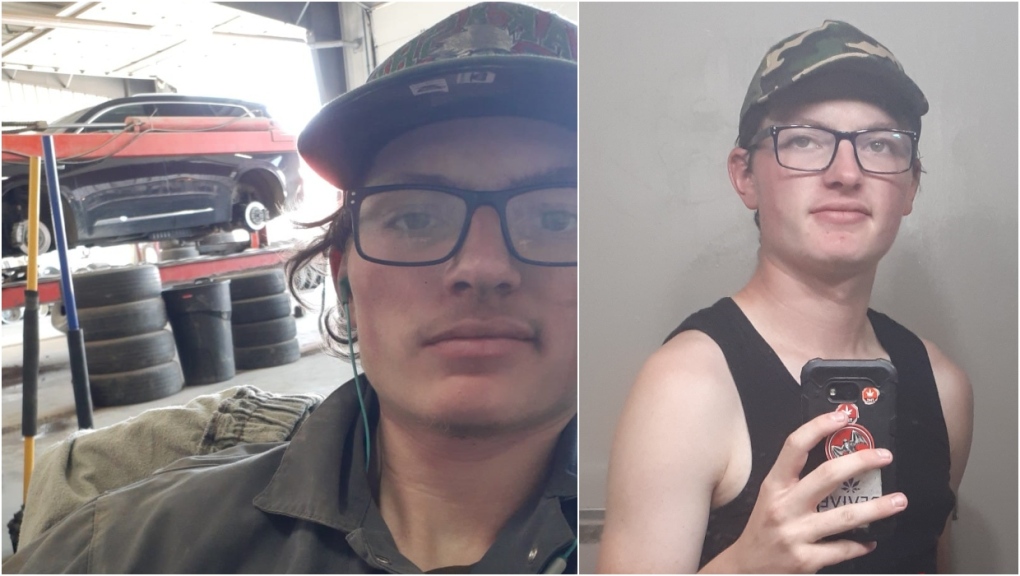 Josh Burns, 19, was found dead at the McDonald's locate in Sundre, Alta. on July 4. (Facebook)Friends of Burns are remembering the young man fondly, like Mikayla Brown, a former McDonald’s employee, who says she used to see Burns every morning.

"It was just goofy fun," she said. "He’d tell me what he did the night before, what his plans were for the day after work, and (he was) always in a good mood.

"Josh was a sweetheart, and there’s lots of us that cared about him," Brown said. "It shouldn’t have happened, and I hope we get some justice for Josh.”

Burns was working next door at Integra Tire before taking a job at McDonald’s in early June.

Integra Tire owner Connie Anderson says he was very supportive of his coworkers.

"It’s sickening to see it happen," said Anderson. "He had a good heart."

For Brown, she says she was devastated upon learning of Burns’ death.

"I don’t understand how that could just happen. We’re a small town and we don’t expect that kind for stuff all the time."