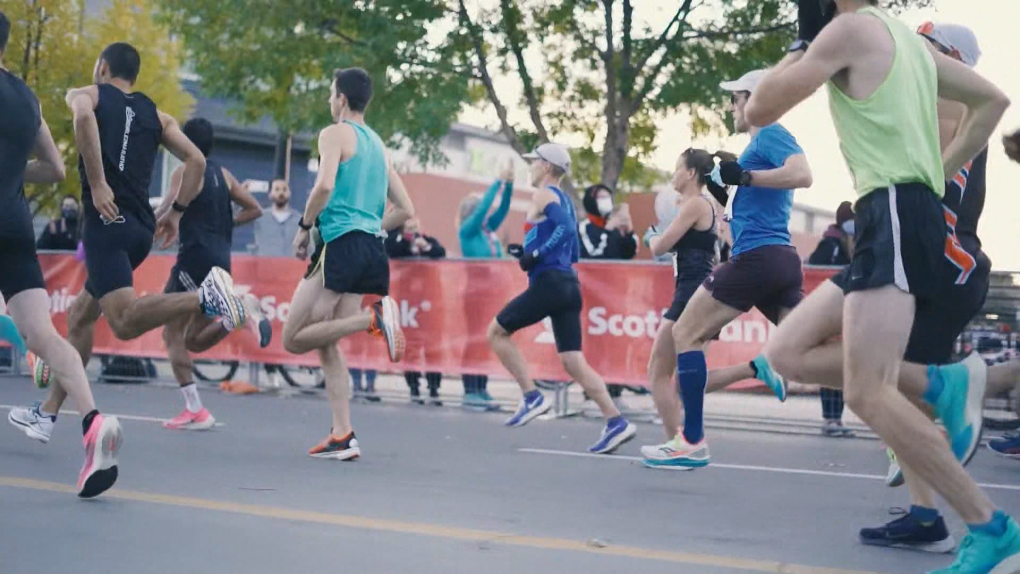 Participants in this year's 58th Servus Calgary Marathon won't receive medals when they finish — at least not initially.

Due to supply chain issues, a ship carrying the medals to Canada wasn't able to dock as scheduled at the Vancouver port on April 8, instead being forced into a holding pattern.

"Due to this holding pattern, the arrival of the vessel in the Vancouver port was delayed for six weeks and did not arrive until May 21," read an emailed update from Run Calgary.

"Under normal circumstances the ship would then dock at port and be unloaded. However, again due to the backlog, we were informed the vessel is now in a holding pattern in the Vancouver port, and they are not planning to dock the vessel and start unloading until May 28."

That means the medals won't make it to Calgary for Sunday's event — the first held in person since the pandemic began two years ago.

"On behalf of Run Calgary, we want to express our sincerest disappointment," the email read.

"We are a small but mighty not-for-profit that has weathered many pandemic challenges, but this is not our standard and we are deeply apologetic. We are still doing everything we can to get the medals to the finish line by race day, but we are preparing for their absence."

Officials are working on an alternate plan to recognize those who complete the run.

"After a number of difficult years, this is not the note we wanted to share heading into race weekend. Although we know this will be a disappointment for many of you, we are confident that we will deliver you a premier race experience in every other regard," read the update.

"We can’t wait to celebrate your achievements and promise to cheer extra loud at the finish line."