Protesters demonstrated in northwest Calgary Saturday night, calling out the Iranian government for its handling of rallies held by citizens over a water shortage.

Officials say the government crackdown on protests in southwest Iran have resulted in injuries and even deaths.

To show their support, a convoy of approximately two dozen vehicles headed down Crowchild Trail N.W., through the downtown core and then down Macleod Trail.

Organizers say the action was taken to draw attention to the extreme weather conditions Iranians back home are facing.

"It's a very hot province, like a plus 50 degree right now, so imagine there are a lot of people right now who don't have any water or any electricity," said Eghbal Kayaban.

"They have a peaceful protest in the street but the Iranian government sends troops from Tehran, the capital city, and they've started shooting people and so far many young people have been killed in the protests." 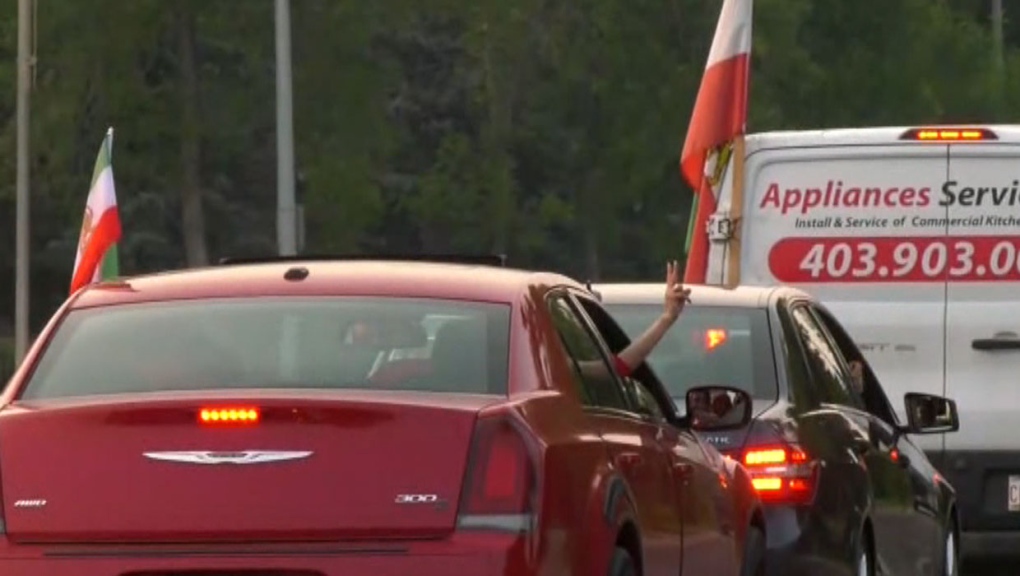 Iranian-Calgarians pariticipated in a demonstration Saturday, where a convoy of vehicles drove through the city to bring attention to injustice occurring back home.

According to reports, Iran has been suffering from a drought since March.