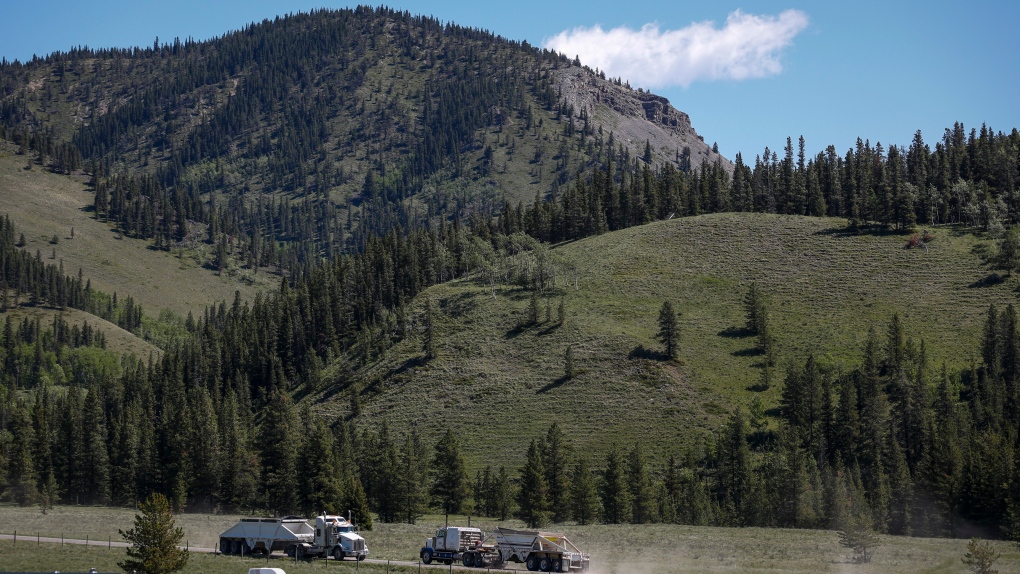 Canada's top court won't hear an appeal of a regulatory decision that blocked development of an open-pit coal mine in the Alberta Rockies.

In a decision released Thursday, the Supreme Court turned down requests from a coal miner and two First Nations for leave to appeal a decision from Alberta's energy regulator that found the proposed Grassy Mountain coal mine in the province's Crowsnest Pass region was not in the public interest.

The dismissed applications were from the Stoney Nakoda and Piikani First Nations and Benga Mining, which had proposed to resume mining for steelmaking coal at a site that had been previously mined.

But in June 2021, a joint federal-provincial review panel said the mine's likely environmental effects on fish and water quality would outweigh what it called the low-to-moderate economic impacts of the project. Alberta's regulatory agency denied Benga's permit application and the federal government soon followed.

Both Benga and the two First Nations, which had signed benefits agreements with the company, first asked the Alberta Court of Appeal for leave to appeal the decision. When they were turned down, they applied to the Supreme Court.

Benga argued the joint federal-provincial review panel erred by ignoring evidence from the company on water quality, fish habitat and the project's economics. The Piikani and Stoney Nakoda argued the panel didn't adequately consult them on economic matters related to the exercise of their constitutional rights.

As is usual, the Supreme Court did not provide reasons for denying leave to appeal.

However, the Alberta court had found the applicants were asking justices to reconsider evidence, not correct an error in law. Justice Bernette Ho wrote that Benga was simply asking the court to prefer Benga's expert evidence to other evidence presented.

Regulators are within their rights to decide which evidence to accept or reject, she wrote.

The Alberta decision also found the panel had plenty of information on Indigenous economic benefits and pointed out both First Nations had been free to file whatever information on those benefits they wanted.

The regulator's decision on Benga was the first in series of decisions that has severely cramped the United Conservative government's initial plans for a huge expansion of open-pit steelmaking coal mining in Alberta's beloved Rockies and foothills.

Thousands of hectares were leased for exploration and several mines were proposed. Loud and near-universal public condemnation of the plans forced the government to back down and issue an order reinstating protections for the region.

That, however, has brought its own legal issues.

The province is now facing two lawsuits from coal companies affected by that reversal.

This report by The Canadian Press was first published Sept. 29, 2022.

At first glance, it might seem like the deals have never been better as posters in store windows and online ads trumpet a steady stream of holiday sales. But some consumers say the discounts are more hype than real.