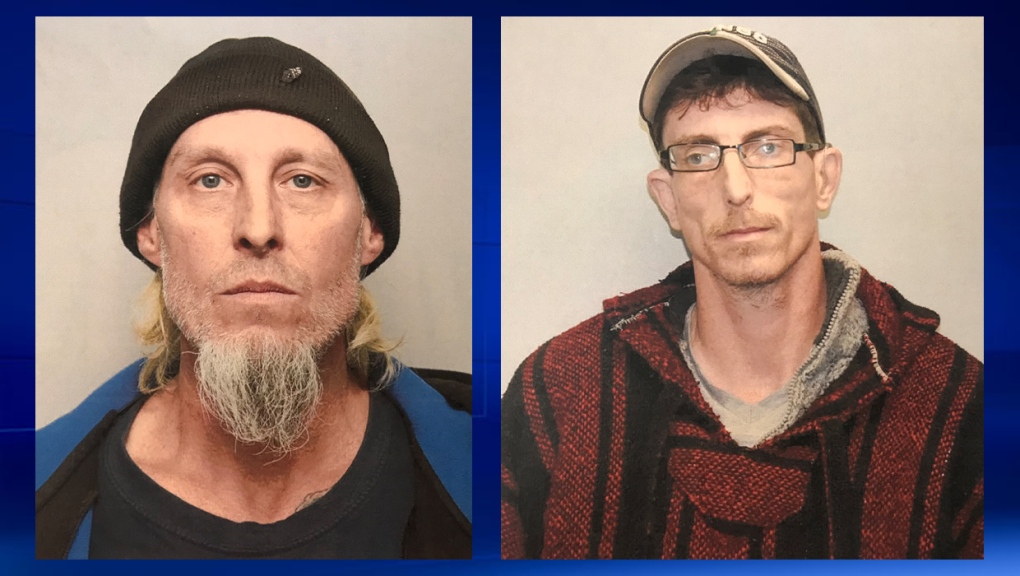 James Beaver (L) and Brian Lambert were found guilty of manslaughter on March 18, 2019 in connection with the death of Sutton Bowers (supplied)
CALGARY -

The manslaughter convictions of two men in the 2016 beating death of their landlord have been upheld by the Supreme Court of Canada.

James Beaver and Brian Lambert, who are both from Calgary, were convicted in 2019 and handed four-year sentences in the death of Sutton Bowers.

Court heard Lambert engaged in a physical confrontation with Bowers after the two argued about expenses, then Beaver joined in.

Lambert and Beaver's convictions were upheld by the Alberta Court of Appeal, then the Supreme Court of Canada agreed to hear the appeal.

The two men argued their confessions to police were a result of breaches of their Charter rights.

However, in a 5-4 split decision Friday, the top court dismissed the appeal, finding the confessions made by the pair were admissible.

The Supreme Court noted that the police officers who attended the scene after a 911 call breached the Charter rights of both accused by detaining them and taking them into custody without lawful authority.

But when homicide detectives realized the two men had been unlawfully detained, they attempted to make a "fresh start" by advising them of their Charter rights then arrested them for murder.

"When questioned separately, the appellants initially denied any knowledge of how Bowers had died," wrote Justice Mahmud Jamal on behalf of the majority.

"Eventually, however, they both confessed to killing Bowers during a fight, mopping up his blood and dragging his body to the bottom of the stairs to make his death look like an accident.

"At issue at trial was the admissibility of these confessions."

The court found police had "reasonable and probable grounds to arrest the appellants for murder." It ruled the police successfully made a "fresh start" in Lambert's detention, but the same could not be said for Beaver.

"Beaver's confession was thus 'obtained in a manner' that breached the Charter. It is therefore necessary to consider whether it should be excluded," said Jamal, referring to a section of the Charter that precludes improperly obtained evidence from being admitted when it affects the fairness of a trial.

The court found Beaver's decision to confess wasn't caused by the Charter breaches and he knew why he was being detained.

"This evidence is crucial to the prosecution's case against an offender who allegedly killed another person and then tried to obstruct the police investigation," Jamal wrote.

"I conclude that admitting Beaver's confession would not bring the administration of justice into disrepute."