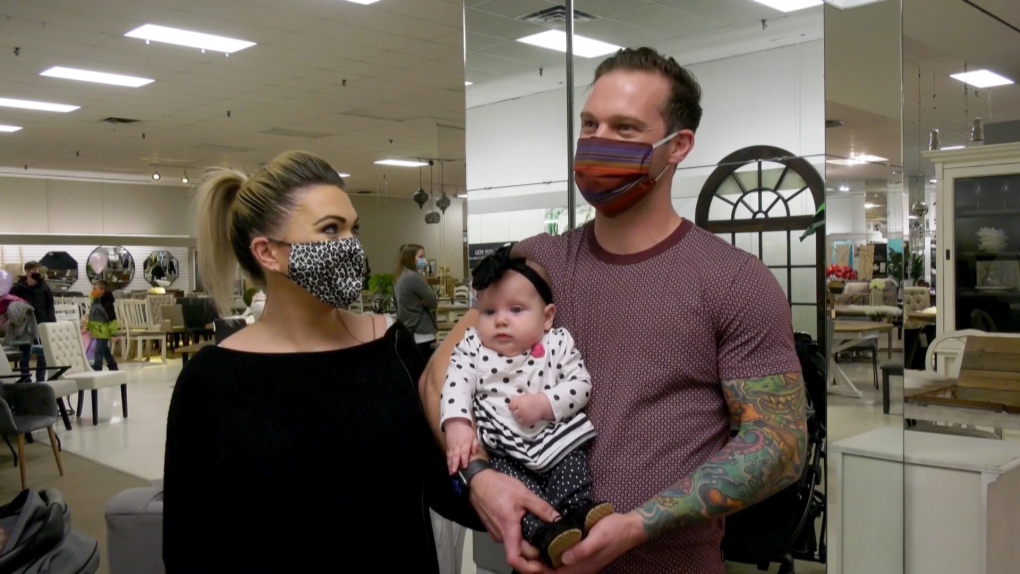 A Calgary couple who lost their son to cancer before he turned two is getting a full bedroom makeover.

Stephanie Charest Interior Design partnered with Showhome Furniture and the Evelyn Foundation for the surprise donation.

“We had so many people reach out, it's amazing how generous Calgary can be if you just ask,” said Charest.

“I think this is such a great thing to for people to bring joy to their lives.”

Giving back is part of Charest's business model as she lost her sister to cancer when she was nine years old.

"I just through it was such a great way for me to give back," she said. "It may seem like something silly, but having a beautiful space in your home … is really important."

Melissa and Chad Bottolfs — who lost their son, Jake, to neuroblastoma about a year-and-a-half ago — went to Showhome Furniture on Monday thinking there was going to be a small update done to their four-month-old daughter, Devrae's nursery.

Instead, they received a $5,000 cheque to renovate her bedroom, and their own master bedroom.

“She moved into her big brothers room, it's hers but it’s also kinda his, so it’s really cool to get something that is going to be really hers,” said Chad.