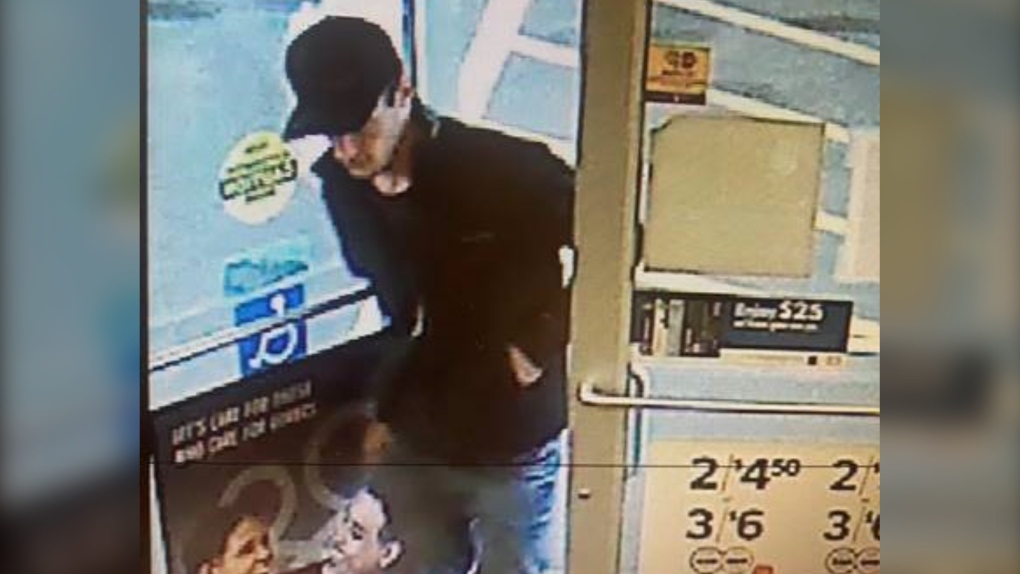 RCMP are attempting to identify the man in this surveillance image in connection with the theft of a car, the use of a stolen debit card and a car prowling in High River. (RCMP)
CALGARY -

Mounties are attempting to identify one man in connection with the theft of a BMW 745I in Calgary that has since been used in attempted crimes.

According to RCMP, the black, 2004 model car was reported stolen in late May and has been the suspect vehicle in crimes in the town of High River in the weeks that followed.

On June 5, a suspect driving the BMW used a debit card swiped from a vehicle in High River to make several purchases at businesses in High River and Aldersyde. Surveillance cameras recorded the suspect.

The following week, the suspect was the passenger in the BMW when it pulled into a residential driveway in High River. He exited the car and attempted to open the doors of a parked vehicle.

Anyone who recognizes the man in the surveillance images or has details regarding the location of the stolen car is asked to contact the High River RCMP detachment at 403-652-2357 or anonymous tips may be submitted to Crime Stoppers.