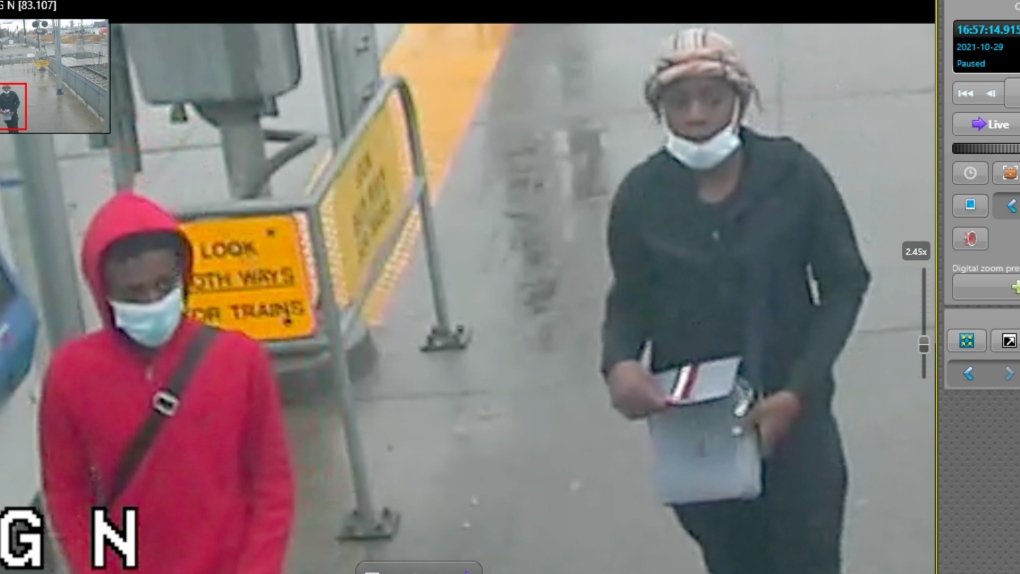 Police would also like to speak with anyone who was impacted by the spray.

It happened about 4:40 p.m. on Oct. 29 when a fight broke out between a number of youths in the common area of Entrance 5.

One of the youth deployed bear spray then fled into a parking lot, toward Macleod Trail S.

Several mall patrons who were not involved in the confrontation were affected and required assistance.

The first suspect is described as being about 177 centimetres (5'10") tall, with a slim build, wearing black sports wear with a tan or grey shoulder bag with stripes, white shoes and a Burberry scarf on his head.

The second suspect is also described as being about 177 cms (5'10") tall, with a slim build, wearing light-coloured pants, a red hoodie, and a cross-body bag with a black strap.