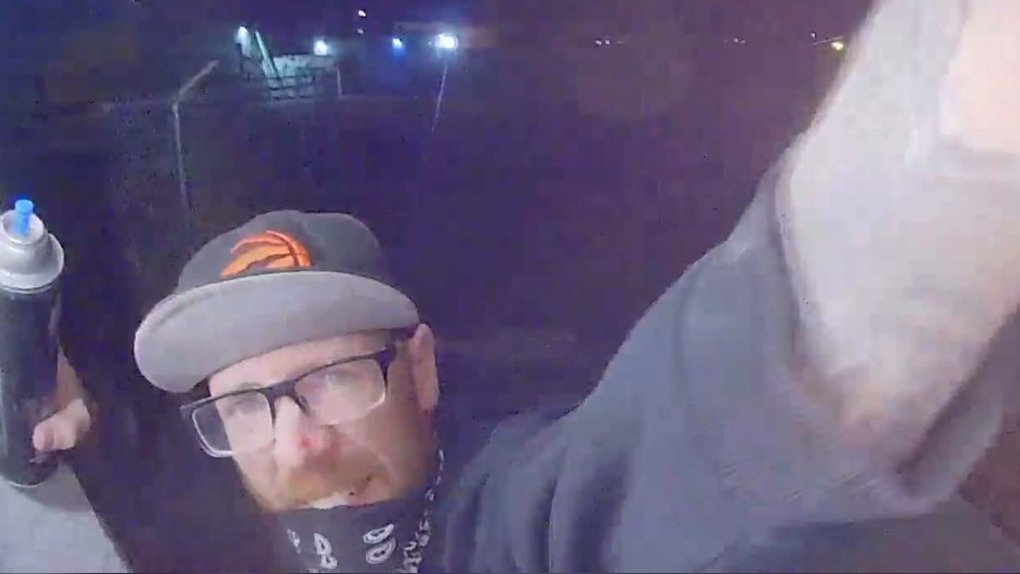 The suspect in a September break-in at an Okotoks towing yard appears in security camera footage. (RCMP)
CALGARY -

Okotoks RCMP investigators have released surveillance stills of one of two commercial break-and-enter suspects and he brought his face directly in front of the camera.

According to RCMP, a man and a woman gained access to a towing yard in the southern Alberta town in the early morning hours of Sept. 27. The thieves broke into a vehicle and swiped a number of items including tools and clothing.

Prior to breaking into the yard, one of the suspects attempted to disable the security camera of a neighbouring business. 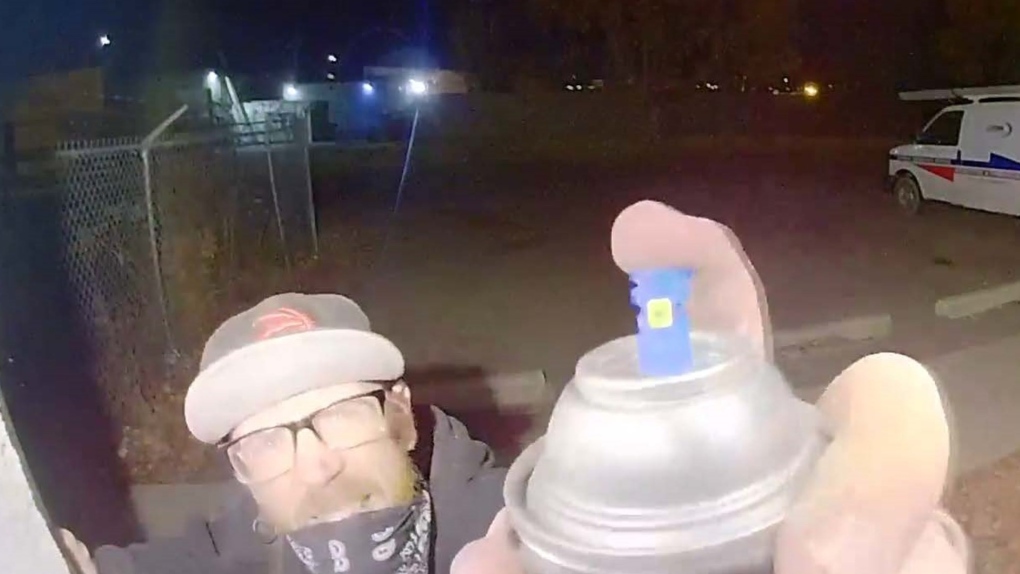 A suspect in an Okotoks break-in in Okotoks points, what appears to be, a can of spray paint at a surveillance camera. (RCMP)

The male suspect is described as:

At the time, the man was wearing a cap with a Toronto Raptors logo, glasses and a bandana that did little to disguise his face as it sat well below his mouth.

Anyone who recognizes either of the suspects or has information regarding the break-in is asked to contact the Okotoks RCMP detachment at 403-938-4202 or anonymous tips may be submitted to Crime Stoppers.