Suspect in Calgary carjacking flees crash scene in another vehicle 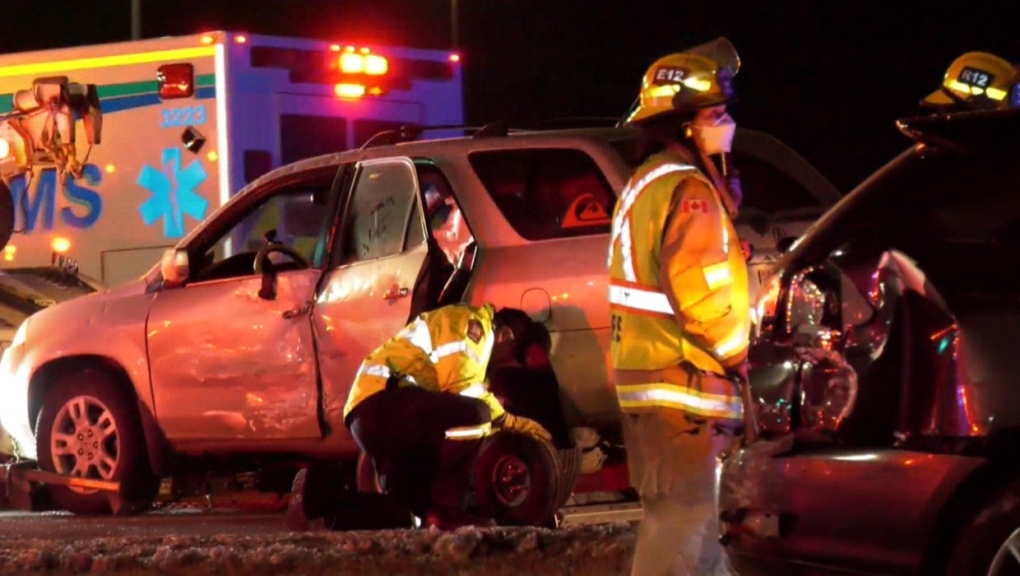 Calgary police are searching for a suspect in a carjacking that occurred Thursday night.

CALGARY -- Calgary police are looking for a male suspect they say attacked a woman and stole her car Thursday night.

Officials say they were called to the northeast community of Taradale at about 9:30 p.m. for reports of a carjacking.

They say a woman was driving in the 200 block of Taravista Way N.E. when an unknown man approached her and then attacked her.

The man managed to drive off in the victim's vehicle. Police say she was not seriously injured.

Shortly after the incident, police say the man was involved in a crash at 16th Avenue and Deerfoot Trail.

He then attempted to take another vehicle, but was stopped by a number of people who came to assist with the crash.

The suspect ended up fleeing in a white Toyota Tacoma pickup truck.

Anyone with information about the incident is asked to contact police.