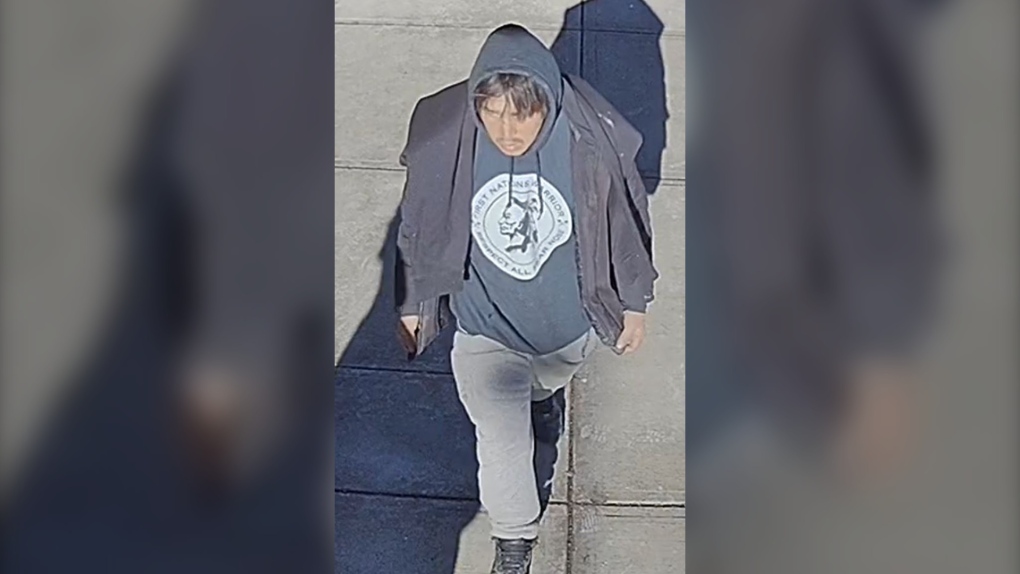 Lethbridge police want to speak with this man, who they say threatened a local business owner. (Supplied)

Officials say they were called to the 700 block of Fourth Avenue South for reports of a situation between an unknown male and a business owner.

Police were told the victim had been threatened by the suspect, who also "acted in an aggressive manner" toward him.

The suspect left the scene before police arrived and has not been seen since.

Police would now like to speak to the individual in regards to the case. He is identified as:

The suspect was wearing a black jacket with a hood and grey sweatpants at the time of the incident.

A daylong memorial began Monday in Kamloops, B.C., at the site of what was once Canada's largest residential school on the one-year anniversary of the announcement of the detection of unmarked graves.

Hundreds of thousands of people remain without power after Saturday's powerful storm that left at least nine dead and caused extensive damage throughout southern Ontario and Quebec.

A Russian soldier who pleaded guilty to killing a civilian was sentenced by a Ukrainian court Monday to life in prison -- the maximum -- amid signs the Kremlin may hold trials of its own, particularly of the captured fighters who held out at Mariupol's steel plant.

The first of three charter flights bringing Ukrainian refugees fleeing Russia's invasion to Canada is to land in Manitoba this afternoon.

The Canadian royal visit took place at a time when many are starting to view Prince Charles differently, given that his destiny to be King seems to loom closer, Richard Berthelsen writes in his exclusive column for CTVNews.ca.

Wreckage found of plane that disappeared in Ontario with Alberta men onboard, police say

The wreckage of a small plane that disappeared last month in northern Ontario with two men aboard has been located in Lake Superior Provincial Park.