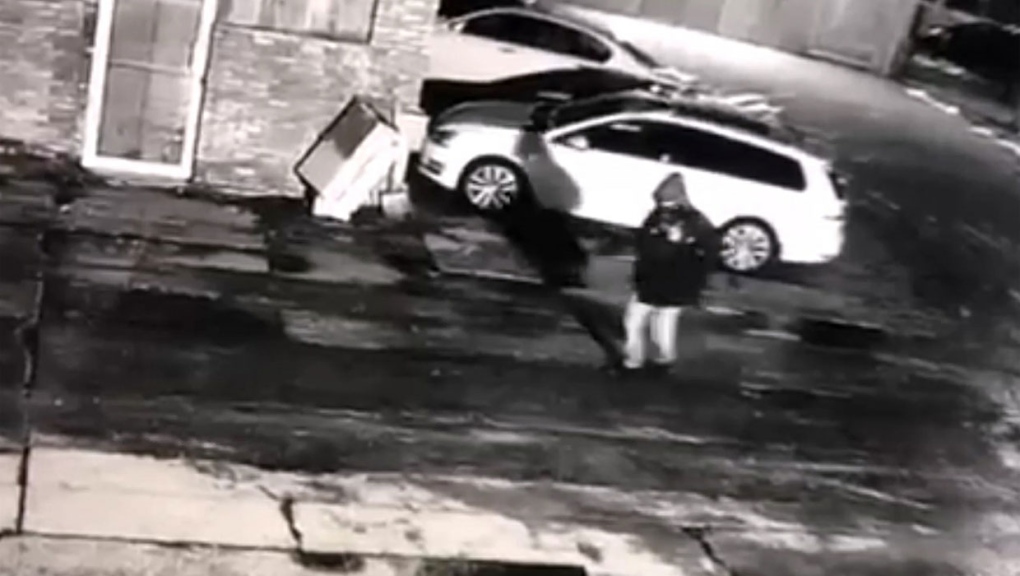 Lethbridge police are seeking to identify this person who might know something about a break-in at a local business early Friday. (Supplied)

Lethbridge police are looking to the public to help identify a person who was seen near a business at the time it was broken into on Friday.

Officials say police were called to the King of Trade, in the 300 block of Fifth Street South, for reports of a break-and-enter at approximately 6:15 a.m.

"Upon arrival they noted a window in the business had been broken and further investigation revealed undisclosed merchandise had been stolen," police said in a release.

Video footage, taken from outside the business, shows an individual that police believe may know something about the incident.

Lethbridge police say they would like to speak with anyone who may be able to identify them. Anyone with information is asked to call police at 403-328-4444.

The investigation is ongoing and no further details are being released.

Ten children in Canada were found to be suffering from severe acute hepatitis not caused by known hepatitis viruses over a nearly six-month period recently, the Public Health Agency of Canada announced Friday.

Russia's claimed seizure of a Mariupol steel plant that became a symbol of Ukrainian tenacity gives Russian President Vladimir Putin a sorely needed victory in the war he began, capping a nearly three-month siege that left a city in ruins and more than 20,000 residents feared dead.