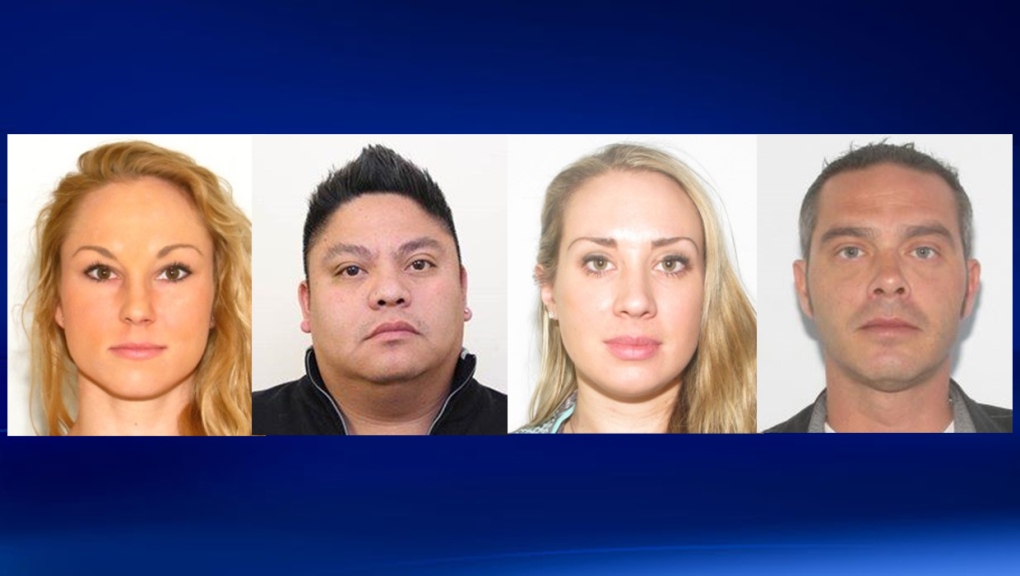 CALGARY – Warrants have been issued for three Calgarians and an Edmontonian following a year-long investigation into suspected vehicle cloning in Calgary.

According to Calgary Police Service officials, an investigation into suspected criminal activity at Auto Detailing Specialists, a business in the 300 block of 36th Avenue N.E., was launched in October 2018. At least four people were allegedly involved in the theft of vehicles from auto dealerships, the altering of vehicle identification numbers (VINs), and the selling of stolen vehicles with altered VINs.

The investigation revealed vehicles had been stolen from dealerships through purchases made with fraudulent identification and bank drafts or using vehicle keys that had been secured during test drives.

A search warrant was executed at Auto Detailing Specialists on Jan. 26, 2019 and officers seized six stolen vehicles as well as 119 grams of methamphetamine. The value of the seized vehicles was estimated at $730,000.

Further investigation led police to believe the suspects stole or cloned a total of $1.73 million worth of vehicles and flipped the stolen vehicles for approximately $575,000 in cash.

"This is yet another example of how complex auto theft fraud investigations can be," said CPS Staff Sgt. Graeme Smiley. "These offenders took significant steps to evade detection and disguise stolen vehicles, which resulted in an extensive amount of evidence that required review."

Arrest warrants have been issued for the following suspects on a total of 22 charges:

Their collective charges include:

Police have released photos of the accused. Anyone with information regarding their whereabouts is asked to contact the Calgary Police Service at 403-266-1234 or anonymous tips may be submitted to Crime Stoppers.