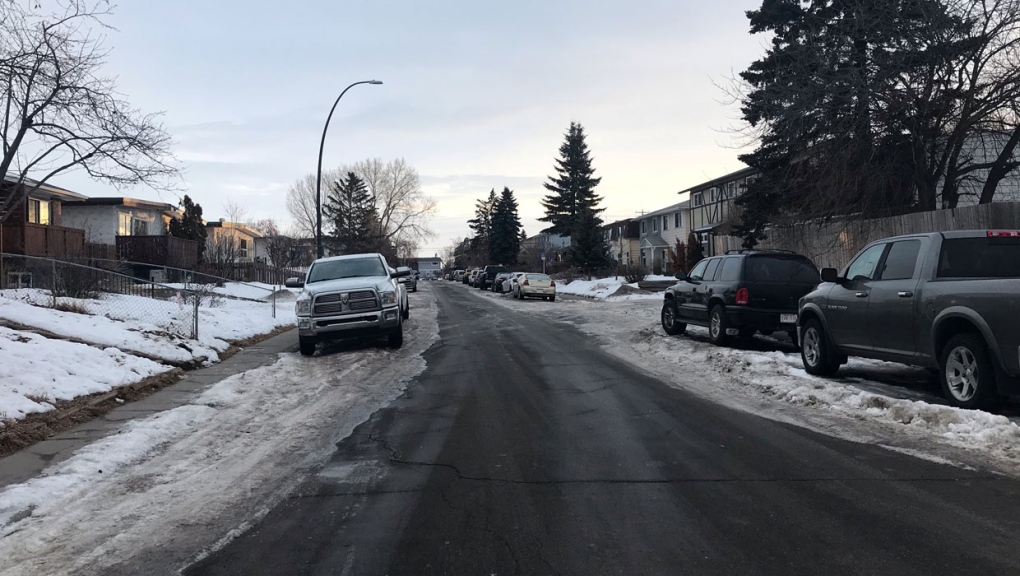 Police say a shooting took place on this street in the southeast community of Dover Sunday morning.

CALGARY -- A man and a woman are in custody in connection with a shooting Sunday morning, police say.

When police arrived, a vehicles with a number of bullet holes in it was still at the scene but the other driver had already fled.

A man and woman, who were not injured, were arrested.

Police tell CTV News they are looking for the second vehicle, believed to be a black pickup truck.

It's not known if anyone in the truck was injured in the incident.