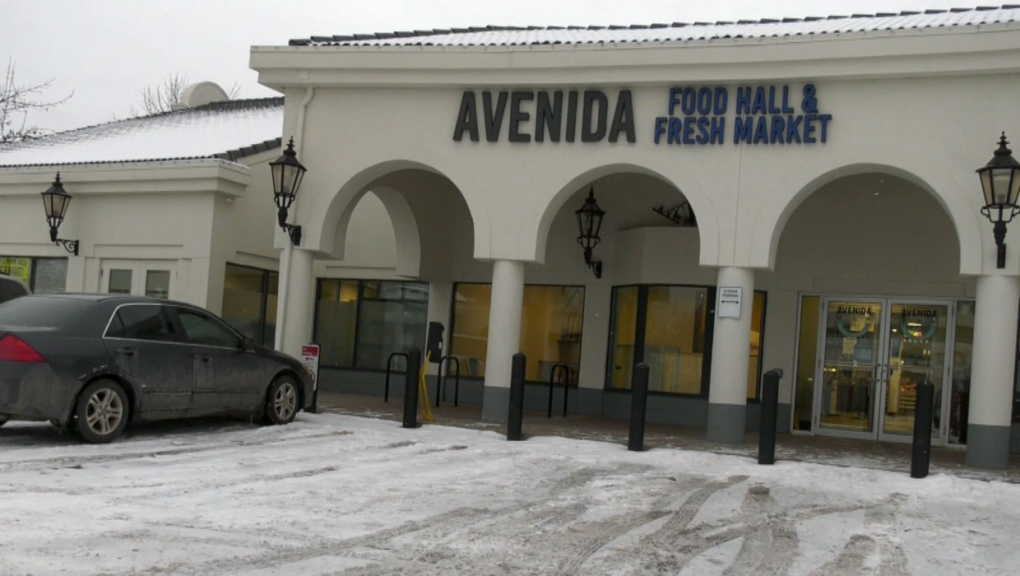 Police are searching for suspects who they say broke into the Avenida Food Hall early Friday morning.

CALGARY -- Police are looking over security footage and evidence left at the scene after six businesses were targeted by thieves early Friday.

Investigators were called to the Avenida Food Hall and Market on Lake Fraser Drive S.E. for reports of a break-in.

Officials say two suspects got inside the facility by forcing open a utility door at about 2 a.m. The pair then broke into the cash registers of six vendors.

The suspects ended up stealing an undisclosed amount of money plus electronics from several shops.

Aly Punja, owner of A Touch of India, says his business and a number of his neighbours were robbed.

When police arrived, they found a truck that had been abandoned at the back of the building. It was later determined to be stolen.

No arrests have been made and police are still working on the investigation.