Suspicious death in Beltline believed to be targeted attack 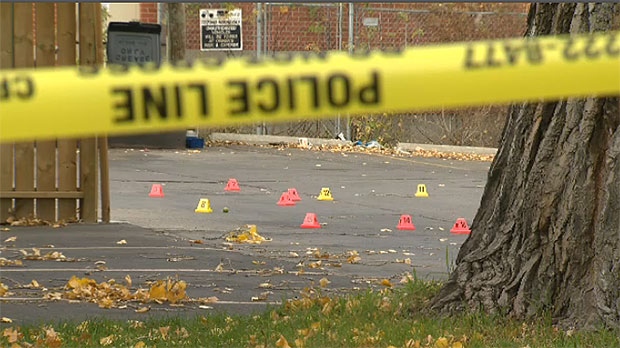 The death of a man found in an alley in the Beltline on the weekend is being investigated by the homicide unit and police believe drugs may have played a role in his death.

Police were called to the 700 block of 12 Avenue SW at about 11:15 p.m. Sunday for reports of a disturbance in an alley and found a man dead at the scene.

An autopsy will be conducted by the Calgary Medical Examiner’s Office on Wednesday to determine the man’s identity and the cause of death.

Investigators believe the victim met up with someone and that an altercation took place.

“We believe there were people that actually witnessed a confrontation that occurred,” said S/Sgt. Colin Chisholm, of the CPS Homicide Unit. “We have CCTV in the area but we do not have the incident itself on CCTV.”

Police say that the victim, in his 30s, was robbed of his bag and that the offender then fled the area on foot.

Investigators say there is nothing to indicate the attack was a random incident and it is believed drugs may be a factor.

Police say they are looking for one suspect but are looking to speak to a number of people who were in the area at the time.

Anyone who was in the area at the time is asked to contact police by calling the non-emergency line at 403-266-1234 or the Homicide Unit Tip Line at 403-428-8877. Tips can also be left anonymously by contacting Crime Stoppers using any of the following methods: